Every era and culture has a story of some significant heavyweights. As we know heaviest men or women ever are constantly continued to be the topic of speculation. Here is a list of some heaviest persons in the world: 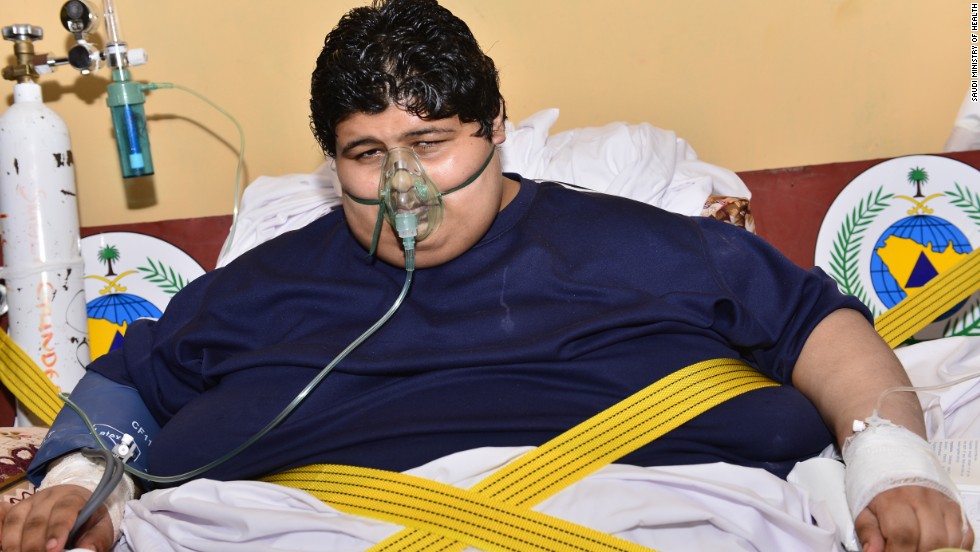 Khalid bin Mohsen Shaari born in1991 is from Saudi Arabia who in August 2013 was found to be the weightiest person on the earth and the second heaviest person after Jon Brower Minnoch in the recorded history. His BMI of 204 is also the highest ever recorded.

He was ordered by King Abdullah to be transmitted from his residence to the country’s capital, Riyadh, to obtain treatment. At that time Khalid Bin Mohsen Shaari was unable to leave his house from past 2 years due to his overweight.

During his treatment, Mohsen Shaari managed to drop a total of 320 kg (700 pounds), more than half his body weight in only six months. A huge specially made wheelchair was manufactured to assist Shaari in moving and help his physical therapy. Shaari still can’t move without any help and use an automated winch to sit on the chair.

Mayra Rosales born in 1980 is an American woman which was once referred as the heaviest living woman in the world. She was then weighed about 470 kg (1,036 lb). She was once nicknamed as ‘half-ton killer’ after she untruly admitted to unintentionally murdering her nephew in 2008.

The claim later refuted when autopsy outcome discovered that the boy had died from several injuries on his skull and it was also revealed that Mayra has done this to save her sister who was later sent to jail. After that Rosales decided to turn her life around for her sister’s surviving children and since then she has been losing down hundreds of pounds. She has lost 800lb of weight and presently she weighs around 200lb.

Her health has drastically improved and her appearance is also majorly changed. Rosales lost her weight with the help of 11 surgeries, together with a lap band surgery and additional skin deletion procedures. She vanished 100 pounds in her first 10 days of treatment. 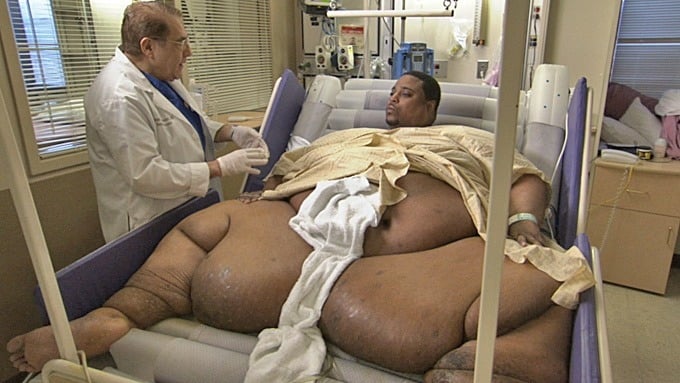 Kenneth Brumley was one of the weightiest peoples ever recorded; his weight was around 468kg. He was featured on the Body Shock documentary by Channel 4 and name of the documentary was “Half Ton Dad,” as a father of four children, who was then, weighed almost 74 stone or 1,035 pounds. Kenneth Brumley’s statements in the documentary have stated that he had been bed-bound for almost four years.

After that, he was admitted at the Renaissance Hospital in Houston as a gastric bypass patient a fire crew had to knock down a wall in order to get him out from his residence. At Hospital, Brumley was treated by the team of professional doctors. The first stride in Brumley’s treatment was a diet which constrained to 1200 calories per day and allowed him to lose 167.5 pounds (76 kg) in just 40 days.

Paul Mason, a 50-year-old man from England was formerly considered as the world’s heaviest man at 980 lbs. But he recently underwent gastric bypass surgery to lose weight and by now down to 560 lbs. He says his 20,000 calories per day diet is responsible for his excessive size, but he furthermore censures Britain’s National Health Service for not permitting him to visit an eating disorder consultant when he was just ended 400 lbs.

Mason is now living in his recently adopted native land of Orange, planning for an operation he has waited for years: a course of action which would eradicate his glut skin, which is said to be to the extent of 100-pounds.

Mason has admitted that he won’t be able to undergo this surgery without the help a woman named Rebecca Mountain that later on becomes his girl friend.

Catrina Raiford, who was formerly recognized as the heaviest woman in the world has vanished half her body weight through the power of fortitude. At one point she was entirely motionless and bed-bound because of her excessive weight of 456kg but she has now leaned down.

The side of her home at Florida had to demolish to get her out when she underwent breathing troubles and required to be taken to the hospital. She becomes 261kg lighter than her previous weight and has pledged to carry on losing weight and is waiting for the removal of her 140lb of floppy skin and breast surgical treatment to finish the first phase of her weight loss goal.

Raiford, who has since shifted to Texas, has slighted down even more to 28 stone – after losing 40 stone 7lbs in totality. Overjoyed by her improvement, she planned to lose even more weight, as she is keen to have 10-stone of drooping skin cut off. She also wishes her breasts reshaping which will be done after her excess skin removing.

Andre Nasr was once referred as Australia’s heaviest man he weighs around 480 kilograms. At that time Andre Nasr was munching six times more than the suggested calorie ingestion of an average Australian with an exorbitant 12,000 calories a day diet.

He has lost a massive 200 kilograms since he was hospitalizing after he faced some health issues. Health workers have slashed wall of his home in order to remove him from his house. Joining a specialist diet and exercise program has led to him losing 200 kilograms and now he wishes to drop a further 150kg and achieve a body weight of 120kg.

Nasr’s unhealthy addiction to food had seen him balloon to 200 kg by the time he was 18. By the age of 35, his eating habits had left him in a dangerous state with infected skin ulcers and pneumonia besides his rolls of fat. He admitted that hospital was his final way out and he would have died if he had resided at his home any longer.