Blood is a fluid connective tissue composed of plasma, blood cells, and platelets. It circulates throughout our bodies, supplying oxygen and nutrients to different cells and organs. It accounts for about 8% of our body weight. It is made up of blood cells suspended in blood plasma invertebrates.

The heart’s pumping function circulates blood through blood arteries throughout the body. In animals with lungs, arterial blood transports oxygen from breathed air to the tissues, and venous blood transports carbon dioxide, a waste product of cell metabolism, from the tissues to the lungs to be expelled. An average adult has about 5-6 liters of blood.

What are the components of blood and their functions?

Blood is composed of plasma and the formed elements. The generated elements are two types of blood cells or corpuscles: red blood cells (erythrocytes) and white blood cells (leukocytes), as well as platelets, which aid in clotting. Red blood cells account for approximately 45 percent of total blood volume, plasma for around 54.3 percent, and white cells for around 0.7 percent.

Formed Elements: We’ve seen that blood is made up of cells known as formed constituents of blood. These cells each have their own set of duties and duties to fulfill in the body. The following are the blood cells that circulate throughout the body:

Red Blood Cells (Erythrocytes): In humans, RBCs are biconcave cells with no nucleus; they are also known as erythrocytes. RBCs contain hemoglobin, an iron-rich protein that gives blood its red color. RBCs are the most abundant type of blood cell produced in the bone marrow. Their primary role is to move oxygen from and to different tissues and organs. The hematocrit is the percentage of blood occupied by red blood cells, which is generally around 45 percent. The surface area of all red blood cells in the human body would be approximately 2,000 times that of the body’s external surface.

White Blood Cells (Leucocytes): Leucocytes are blood cells that are colorless. They are colorless because they lack hemoglobin. Granulocytes and agranulocytes are two types of lymphocytes. WBCs primarily aid in immunity and defense mechanisms. They assault pathogenic agents (pathogens) and foreign substances, as well as kill and eliminate old or abnormal cells and cellular waste. Leukemia is a type of malignancy that affects leukocytes.

Platelets (Thrombocytes): Tiny disc-shaped cells that assist regulate blood flow when any portion of the body is damaged, allowing for faster recovery through blood clotting. Platelets, also known as thrombocytes, are minute, colorless blood cell fragments that form clots and stop or prevent bleeding. Platelets are produced in the bone marrow, the sponge-like substance found within our bones. Stem cells in bone marrow turn into red blood cells, white blood cells, and platelets.

Plasma: Blood plasma is a yellowish liquid component of blood that suspends blood cells, proteins, and other components of whole blood. It accounts for approximately 55% of the total blood volume in the body. It is the extracellular fluid’s intravascular component. It is primarily water (up to 95 percent by volume) and contains dissolved proteins (e.g., serum albumins, globulins, and fibrinogen), glucose, coagulation factors, electrolytes (Na+, Ca2+, Mg2+, HCO3, Cl, etc.), hormones, carbon dioxide, and oxygen.

What are the components of plasma?

Plasma is 90% water, with the remaining 10% made up of ions, proteins, dissolved gases, nutritional molecules, and wastes.

Antibody proteins, coagulation factors, and the proteins albumin and fibrinogen, which maintain serum osmotic pressure, are all found in plasma.

What are the components of Blood Plasma?

The blood plasma is made up of some specific components. Their names and functions are as follows:

Fibrinogen is a soluble plasma clotting factor precursor that, when it comes into touch with a sticky surface, converts to fibrin, a threadlike protein. The fibrin threads generated in this manner trap platelets, forming the primary platelet clot upon which a stable blood clot is produced by the coagulation process.

Plasma clotting factors cause a blood clot to develop at any rupture in the smooth endothelium lining of the blood arteries. This not only stops blood loss but also defends the body from invading microorganisms.

Sodium is the most abundant ion in plasma and accounts for the majority of plasma osmolarity.

Tissues or plasma proteins can be broken down and the amino acids reused in the production of other biological structures. This may involve macrophages in the gastrointestinal tract, the lymphatic system, and the lungs.

Nitrogenous waste products, such as urea, are formed in the body as a result of the breakdown of numerous substances. These are transported by plasma to the kidneys for excretion.

Plasma contains nutrients absorbed from the gut or other organs of origin, such as glucose, lipids, amino acids, minerals, and vitamins.

In addition to dissolved oxygen and carbon dioxide, plasma includes a considerable amount of nitrogen.

What are the types of blood? 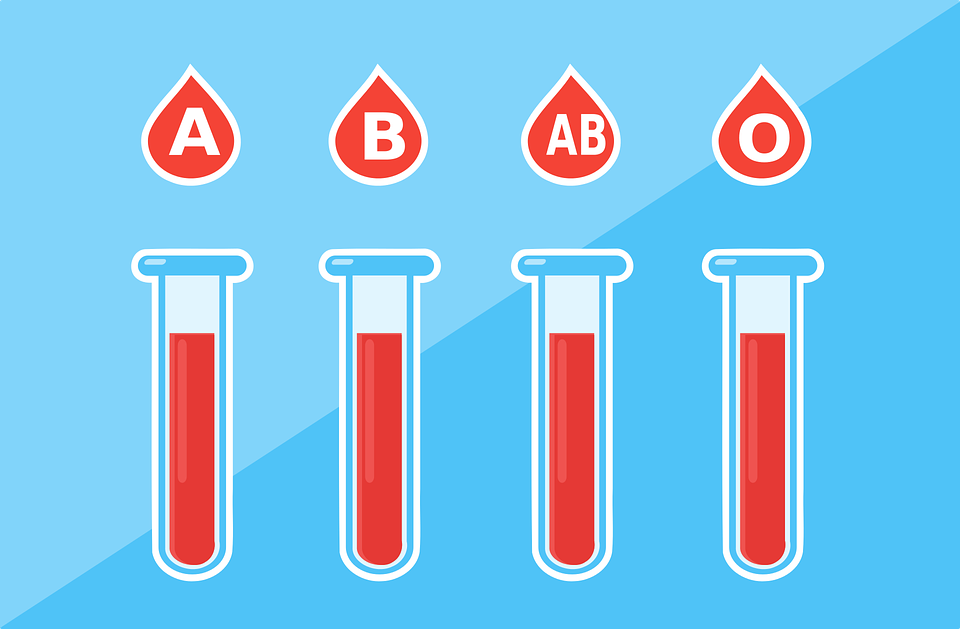 The ABO blood group system categorizes blood types based on the distinct types of antigens found in red blood cells and antibodies found in plasma. They employ the ABO system in conjunction with the RhD antigen status to decide which blood type(s) will match for a safe red blood cell transfusion.ABO is divided into four groups:

Rh factor, commonly known as the RhD antigen, is found in some red blood cells. The Rhesus grouping offers a new dimension. RhD positivity occurs when red blood cells have the RhD antigen. They are RhD negative if they do not.
When assessing blood types, doctors must consider both ABO and Rh. This indicates that the ABO/Rh blood group system has eight major blood types.

What are the components of Blood Pressure?

Blood pressure (BP) is the force exerted by blood on the walls of blood vessels, which aids in the movement of blood throughout the body.

The components of blood pressure include systolic and diastolic pressure.
The amount of pressure that blood puts on vessels while the heart is pumping is measured as systolic blood pressure.

The number of blood vessels, the movement of smooth muscle, one-way valves, and the fluid pressure of the blood itself all influence blood flow through the body.

When new blood enters the arteries during systole, the artery walls expand to accommodate the increased pressure of the extra blood; during diastole, the walls return to normal due to their elastic qualities.

During strenuous exercise, the blood arteries relax and dilate, compensating for the increased heart rate and ensuring that adequate oxygenated blood reaches the muscles. Stress causes a decrease in blood vessel diameter, which leads to an increase in blood pressure. These variations can also be produced by nerve signals or hormones, and simply standing or lying down can have a significant impact on blood pressure.

Hemolytic anemia occurs when the breakdown of red blood cells outpaces the synthesis of these cells by your bone marrow.

Extrinsic and intrinsic hemolytic anaemia are both possible.

Other times, an inherited metabolic anomaly, such as G6PD deficiency or red blood cell membrane instability, such as hereditary spherocytosis, can cause this illness. Hemolytic anaemia can affect people of any age.

It is possible that a doctor will be unable to identify the cause of hemolytic anaemia. This condition, however, can be caused by a number of disorders and even some drugs. The above-mentioned reasons are some of the causes that can result in this disease.

Everyone has a unique blood type (A, B, AB, or O). If you acquire an incompatible blood type, antibodies, which are specialised immune proteins, will assault the alien red blood cells. As a result, red blood cells are destroyed exceedingly quickly, which can be fatal. This is why, before providing blood, healthcare providers must thoroughly check blood types.

5 Actionable Ways to Fight Back Pain

What are the Early Side Effects of Keto Diet?