Life in big cities is like a routine. Wake up, go to work, eat lunch, come back home, eat dinner, and then bidding the day a farewell, go to sleep. The next day, it’s pretty much the same cycle. These monotonous days are generally filled with stress and nothing more.

In fact, according to the Guinness World Records, he is the oldest living man at 112 years. So what’s the secret to his long life? He says he follows the mantra of not getting angry and keeping a smile on his face. These days Guinness says that his cause for happiness is desserts like custards and cream puffs

Chitetsu Watanabe was born in Niigata in northern Japan in 1907. His parents were farmers and he studied at Niigata Prefectural Takada Agricultural High School before moving to Taiwan.

He spent 18 years of his life in Taiwan working in Dai-Nippon Meiji Sugar on sugar cane plantation contracts after graduating from agricultural school. It’s also where he married his wife, Mitsue, and had five children.

Watanabe then went on to serve in the military towards the end of the Pacific War in 1944. When the war came to an end, Watanabe returned with his family to Niigata. But life in post-war Japan was difficult. Daughter-in-law Yoko

Watanabe told Guinness that:
“Getting to places and sourcing food was a struggle. Having to live under that circumstance with four young children must have been tough.”

But he found work at an agricultural office and worked there till he retired.

His life didn’t end with his retirement from official work. He never stopped being active and in 1974, he and his son Tetsuo built new family home. They grew vegetables and fruits there until Watanabe was 104. Watanabe grew tomatoes, potatoes, strawberries, and plums on his farm.

He lived with his son’s family until 2015 when he was aged 108. He had to then move to a retirement home since he got infected by influenza.

He didn’t rest due to old age, instead, his interests simply shifted. Till about a decade ago, Watanabe grew and shaped small bonsai trees. His work was even exhibited. While with his age he began to take on less active work but he never stopped working.

At his nursing home, Watanabe exercised made origami and did calligraphy. He was very fond of sweets, especially brown sugar. But after he lost his teeth he opted for easy-to-chew sweets like custard pudding. 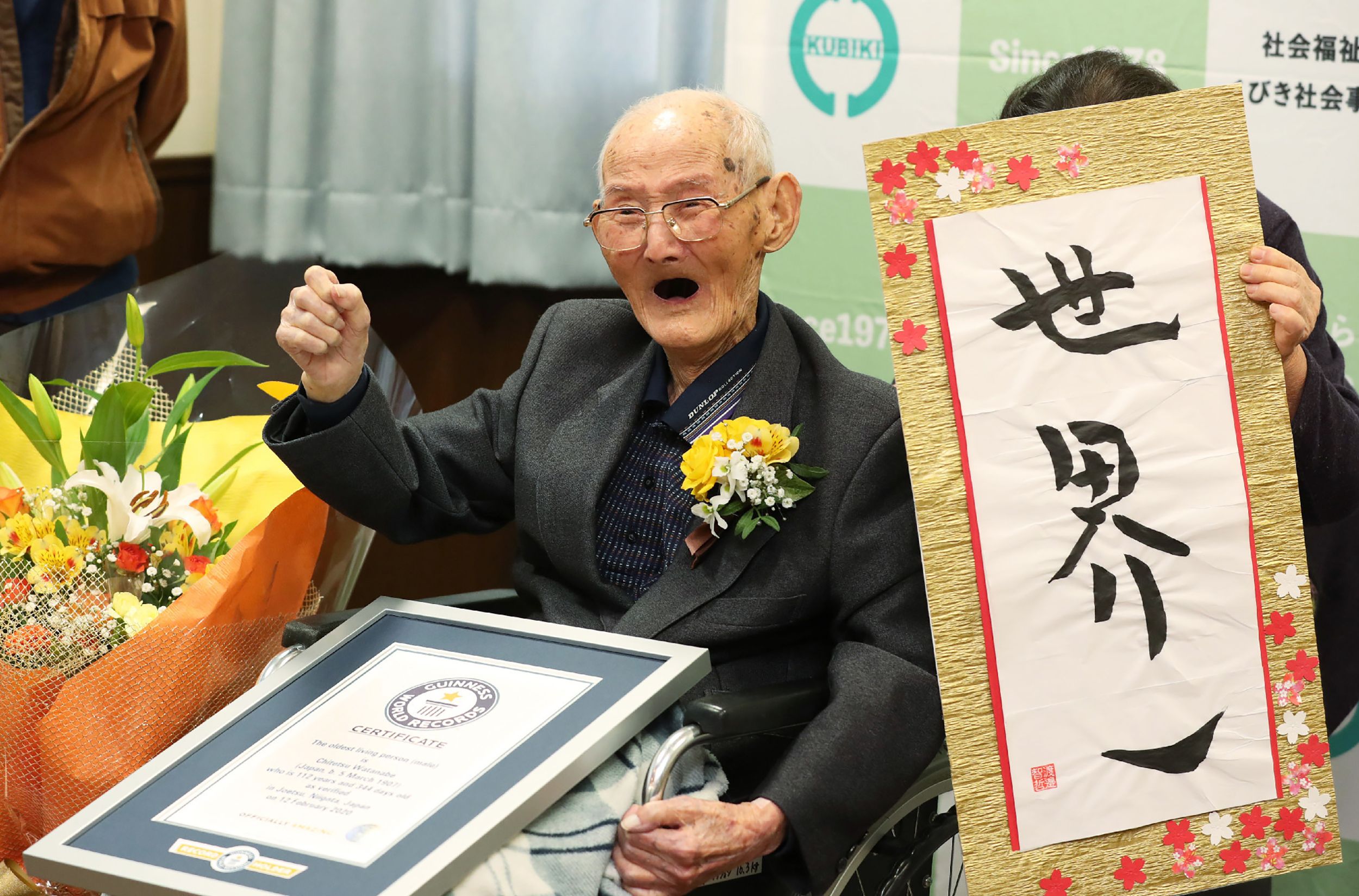 The previous record-holder was Masazo Nonaka, another Japanese. He was born in 1905 and passed away aged 113 years 179 days at his home in Ashoro on Japan’s northern island of Hokkaido on Sunday 20 January.

The oldest female living person, Kane Takeda also lives in Japan and celebrated her 117th birthday in January. The oldest living person to have ever lived was Jeanne Louise Calment, who lived to be 122 and died in 1997.

Mr. Watanabe certainly lived a full and happy life. His mantra of forgetting bad things and always smiling has served him well and it’s certainly great advice which everyone who is tied up in the tangle of life can follow.

Supercentenarians are certainly a rare demographic but Mr. Watanabe has shown that living a stress-free and happy life according to one’s own terms especially at the end is the key to personal mental success and maybe this will help you cross the boundary line of hundred years of age.