Living with anything not deemed as ‘normal’ by general society is hard. It’s especially hard if it’s a physical deformity. That’s exactly what has happened to this woman.

Kumari Nayak, 63, has 12 fingers and 19 toes. This deformity means that she will have her name in the Guinness Book of Records for having the most number of digits in the world. But this also means that she has been labeled as a ‘witch’ by her own superstitious neighbors.

Her new Guinness world record for having the most number of digits has certainly catapulted her into some amount of fame. But this fame has not been able to triumph over social stigma. The people in her town call her a witch because she has a total of 31 digits. This superstitious view makes them avoid her in the streets.

“I was born with this defect and I couldn’t be treated as we belonged to a poor family. It has now been 63 years that I have had this condition. The residents nearby, who are too much into blind faiths, believe that I am a witch and keep away from me.

They sometimes come to see my condition- but never help.”
She has said that this social isolation has made her feel lonely and feel like she can never step out of her house.

She says:
“I am forced to stay indoors as I am being treated differently which is not a nice way of treatment from my neighbors.”

But not everyone agrees with the general population and how they treat her.

One of her neighbors said:
“This is a small village and people here are too much into blind faiths. Odisha is a state of blind faiths and hence treats her as a witch. I know that she has a medical problem and has nothing to do with what others believe her to be.”

The neighbor also expressed sympathy for her condition and said: “I feel so sorry for her that she cannot even afford to get herself treated.”

The entire social isolation along with poverty is brutal on Kumari Nayak because first of all, she can’t afford treatment or surgery on any of her toes or fingers. To make things worse, she also feels like she is forced to stay at home. This is a very depressing cycle and it makes her feel lonely. 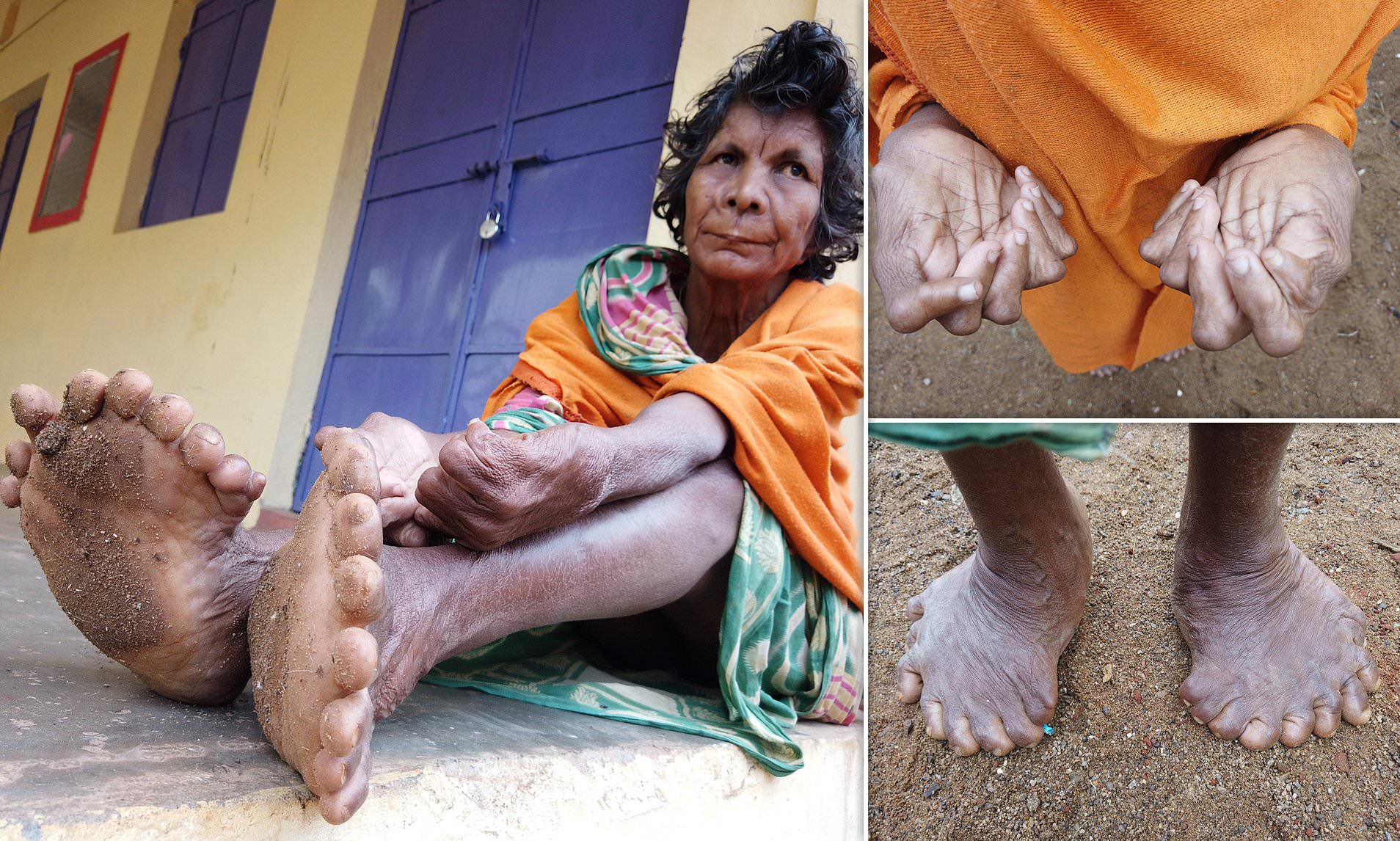 Luckily, the situation isn’t that bad anymore. When government officials in India heard about her situation they reached out to help her. She now has a new home and a pension.

This ensures that she can live comfortably without the question of where her next meal is going to come from always being on her mind. But that’s not all. The officials have also said that they will definitely try to create more awareness among the neighbors regarding her condition.

Such awareness will certainly make life a lot less difficult and lonely for Nayak who is suffering for no fault of hers.

An administrative department spokesperson said on behalf of the Indian government that:

“We are aware of her situation and have offered all possible help. We are also educating her neighbors to treat her with love and compassion and that she is not a witch.”

Social stigma and biases are ingrained deep within from childhood, overcoming them will certainly take time and effort. But one can only hope that her neighbors are compassionate about her condition.