Manoj Chopra is India’s strongest man who is ranking the World’s 14th Asia Strongest Man and is a great holder of the Guinness Book of World Records.

These days, Manoj Chopra has become capable of reaching around 40 million youth with the message of family values, education, and honor which are essential to achieve success.

Manoj has tried almost every possible way through which he can encourage the child to say a certain yes to life by saying no to drugs.

According to Manoj, no one can achieve s real success in their life unless they quit smoking, alcohol, and other kinds of drugs.

The early life of Manoj Chopra

Manoj Chopra’s strongest man was born in Raipur in the year of 1970. When he was born, his weight was 4.9 kg. In the present times, the weight of Manoj Chopra is 170 kg and height is 6 feet, 5 inches.

The desire of Manoj Chopra to become the strongest man had begun when he has faced the most significant trouble in his life. He had moved from Raipur, which was his hometown to Bengaluru in 1991 because he wanted to proceed in the travel industry.

There is nothing that this man can't break! 😱💪👏

In 1996, he bought six cars for his travel agency at his home in Bengaluru, and all the vehicles got involved in the accidents on the same day. Undoubtedly, Manoj Chopra was distraught. With no cars, there was no source to earn an income, and there was no extra money to pay so that cars get a repair.

However, in all these situations, it is common to feel stress. Sometimes, Manoj Chopra starts feeling aggressive nature due to which once he has beaten his opponent badly. Even he was landed in jail for in charges of violence.

Education of Manoj Chopra and motivation for making a career

Manoj Chopra has completed an educational degree, which is a BA degree from Raipur, Chhattisgarh, in India. Along with the studies, he was active in different sports, plus he has won the gold medalist in India.

After completing his college, Manoj has started working towards the strongman competition. In 2004, Manoj Chopra was the first person from India who had gone into the world strong man championship.

In the history of India, he was the first Indian who had participated in that competition that occurred in Canada. 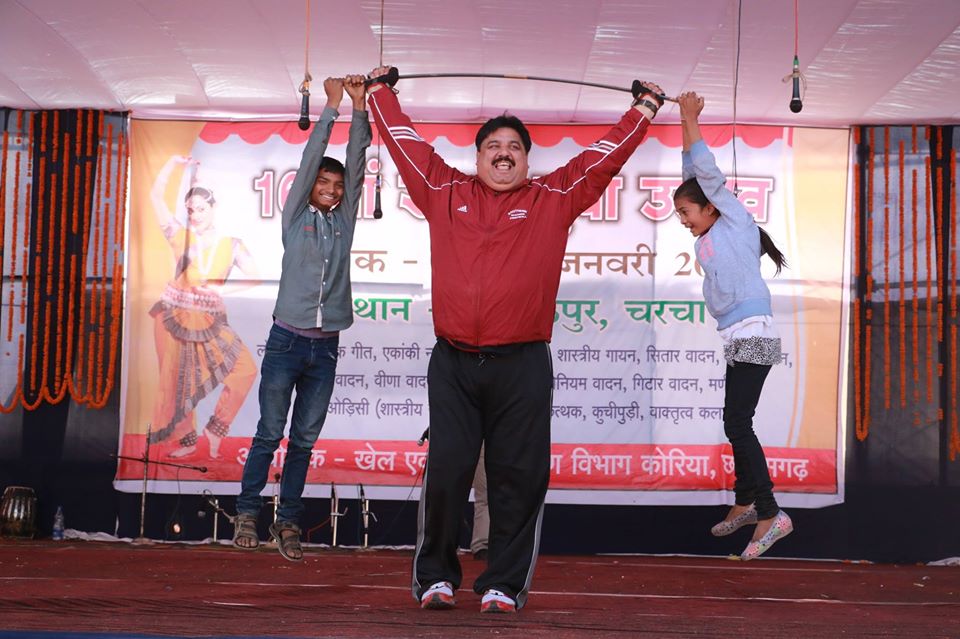 One day, when Manoj Chopra was watching the television, then he found World’s most active Man championship in one channel. It was the time when he had noticed that no one in the competition was representing India.

That was the day when Manoj Chopra had decided to become the World’s strongest Man. The channel and the thought of representing India have changed his mind due to which he has made up his mind to become active.

In today’s time, Manoj Chopra’s strongman is traveling across the entire world and is inspiring many young people with its thoughts. He is doing great work of motivating youngsters from every culture and along the way of a successful life.

He has not forgotten his troubled time, which he had faced with high patience, and he had a deep conviction about his experience in his heart. According to Manoj, the energy of the youth generation can get volatile if it cannot direct personal responsibility efficiently.

Till now, Manoj Chopra has represented as a speaker in more than 3,000 schools across the world. He had done popular motivational programs in many states of India as well as in other countries around the globe.

Like Australia, Europe, Denmark, Korea, Middle East, Athens, Canada, Egypt, and many more. Manoj Chopra’s family is of great support for him in making the youth inspiring.

Inspiration for his Audience

Undoubtedly, Manoj Chopra is a man who wants to see success in the life of people. He recalls his trouble again and again in his life due to which he is capable of giving the correct vision to the youngsters.

It helps the young people to turn their potential of doing something innovative and high for the culture or society. The main motive of Manoj Chopra is that youngsters should not give up easily or fall in the desire of alcohol, or any drugs.

He is a great example who is inspiring plus encouraging his audience by stating that no one on this earth was born perfect. The young generation can learn plus capture the significant opportunities which help them in making their future better.

Manoj Chopra states that his ancestors and many of his friends are from Punjab, and he is habitual to eat Punjabi foods. He believed Punjabi food is the secret of his robust health.

In addition to it, Manoj Chopra has admitted that he has never consumed liquors, gutkha, and cigarettes in his complete life.

Along with it, he consumes six rice cakes, 22 eggs, milk, six parathas, and 2 liters of fruit juice in his breakfast.

Kushti was the exceptional food that was cooked in desi ghee. It was part of Manoj Chopra’sdiet, which he used to eat almost every hour. Along with it, he was used to taking a homemade protein shake, which includes five liters of unadulterated fresh milk served with ghee.

His diet includes nuts, dry fruits, almonds, cashew nuts, and raisins, which he eats by soaking overnight. The rest of the entire day, he had dal roti along with five whole chicken and veggies to eat. Due to the healthy diet and no to drugs or alcohol, he has become capable of maintaining his strength actively.

Manoj who is the world’s strongest man had related learning as well as practical knowledge to increase the opportunities for making a better future.

By becoming the strongest man and facing every tough competition in his life, he had gained the high strength. It helps him to advise of given encouragement to the audience like a child to seek the positive paths for achieving great success in life.