When we hear of war heroes we seldom hear about the heroics of women who gave their lives believing in the cause. When we hear of death counts, it’s just blank statistics.

We rarely hear about the little heroics of the fallen and of their last emotions. History has a habit of erasing the voices of the minorities and those voices which aren’t deemed important.

But history couldn’t stamp on the voice of this brave girl who defied expectations and in a show of exceptional courage saved her country. Her heroics are a saga to be told for ages. Maria Zaharia became the youngest female soldier in world war one, according to the World Record Academy.

This Romanian girl heroically fell in the battles of Mărășești during the First World War. She is also the only child hero to get buried in the Mausoleum of Mărășești.

Maria’s Life During The War 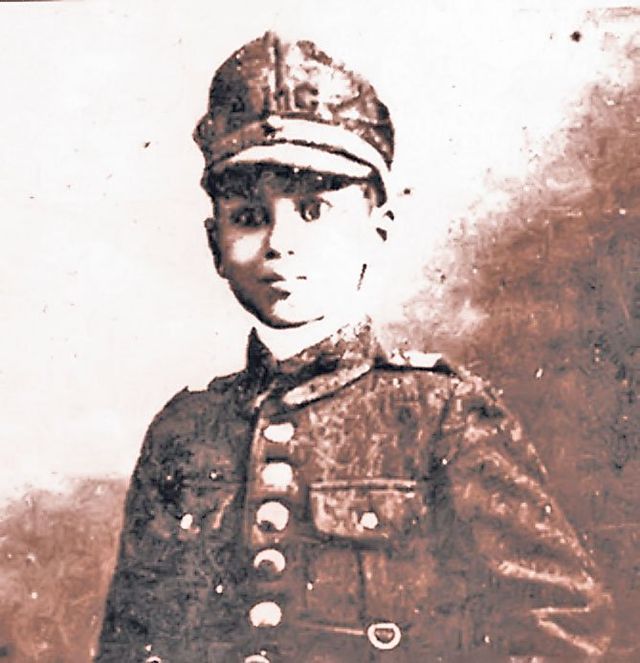 Măriuca was precisely born in Padureni, Vrancea County, in 1905. When she was twelve in 1917, this little girl lived with her grandfather in the village of Haret, Vrancea County, near the place of military confrontations.

Her grandfather, Ion Zaharia had an orchard where the Romanian Army had created an observation post for their troops. From there the army members could see everything which was happening on the front.

From these observation posts, the soldiers transmitted all the attack coordinates of the enemy artillerymen through the telephone. This was a mission of unprecedented importance. After all, this information made the enemy troops retreat.

It was in the orchard that young Maria became friends with the Romanian soldiers. From them, she learned about their work and how they did it. She was captivated by the movement of the troops and what they observed with the help of the binoculars. As such early on in her life, she came face to face with the realities of war and how it was fought. She, after all, lived right on the battlefield.

On August 5, 1917, just 24 hours before the big victory of the Romanian army after the German bombardment, the observer on top of the post present in her grandfather’s orchard was killed. This little girl, in an amazing display of courage, took that place for the night and transmitted the necessary information regarding what was going on in the battlefield.

The information which was shared by Maria proved to be valuable and it helped in blocking the advance of the German troops. The little girl said to the commanders of the Romanian Army that:

“I want to do something for my country.”

They were aware of the fact that a child was going to do the work of an adult grown soldier. Without her, they could have lost the battle. Even the adults were left with no choice but to comply. The other option would include sacrificing the lives of many more people.

Maria was shot down after an explosion.

Florinel Agafiţei, a history professor from Focşani, told for Adevarul newspaper:
“It was a gesture of great courage when the little girl took the place of the soldier who was kidnapped by the Germans, she ended up the same.

That’s why she is in the largest mausoleum in the world dedicated to the heroes of the First World War. It is important that Măriuca is a heroine of the Romanian nation.”

Memorials For Her Bravery

To honor the sacrifice made by the courageous little girl, her breathless body was laid to rest in the Marasesti Mausoleum, among other great heroes of that struggle. That’s not all, in front of the Haret school a monument was also dedicated to her heroic gesture.

Her story is going to be told in the film “Balade for Măriuca” and also in the book “Historical Stories”, by Dumitru Almaş. It will be a textbook for the primary classes. As such, her story will be known by every generation for years to come. It will be a story of bravery to some and a story of inspiration for many.