Everyone knows that it’s difficult to lose weight but incredibly easy to gain it. Some people are able to break the cycle of obesity and get back on the healthy track. But not everyone is able to do that. Pauline Potter is one of them.

Potter got into Guinness Book of Records with the title of the heaviest woman alive. She was given the title in 2011 when she weighed 643lbs or 292kgs. But that wasn’t her heaviest weight.

Before she slid back into her old habits, Potter realized that she had to lose weight if she wanted to have a ‘normal life’. Desperate to get this normal life she moved from California to Houston to meet with Dr. Younan Nowzaradan, the star of the hit TLC reality show My 600lb Life. Even though she was in her early fifties, she managed to reduce her weight to 249lbs or 112kg after bariatric surgery.

But even after the surgery, Potter continued her intake of fatty foods. She loved them and called these junk and fatty foods the ‘highlight’ of her day. Due to this, her weight went back up to 292lbs or 132kg by the time she appeared on the My 600lb life follow up show Where Are They Now? 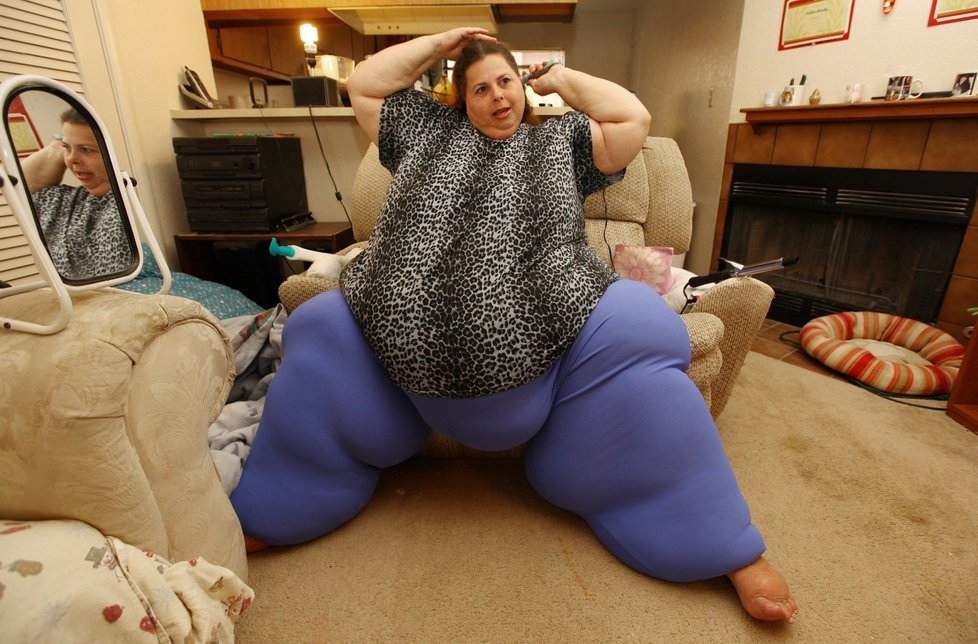 One would think that if her parent’s divorce was the trigger for overeating then them getting back together would be able to solve it to an extent at least. But Potter actually binged on food more and overdid it. This became even more possible because money wasn’t an issue anymore after her parents reunited.

But she realized that she had to change her lifestyle if she ever wanted to lead a life like other normal people. Her journey towards her initial weight loss began with a simple statement. She said:
‘I just wonder if I’ll ever have a normal life.’

This was because she was barely able to move. She completely relied on her son Dillon to clean the house as well as cook for her. All that she could do was only feed and wipe herself. But she wasn’t happy with just doing the bare minimum. She said:
‘I am absolutely trapped in this body.’

Once she got the bariatric surgery, she met Dr. Nowzaradan and found that he had dumped her from the weight loss program after she had refused to get out of bed.

The doctor said that this was putting her at risk of a blood clot but Ms. Potter insisted that she had just pulled an abdominal muscle which simply made it difficult and painful to move.

But the doctor wasn’t buying into that excuse. He could see that she just wanted to get out of working for physical fitness. He said,
‘You are making excuses that are not acceptable. I want to see you walk out of this room.’

She was eventually kicked out of the weight-loss show after this stunt. But in reality, nothing was working. Ms. Potter tried 30 diets but she eventually had to undergo another high-risk surgery to put a blood clot filter into her leg. She also got the surgery done to remove excess folds of skin from her abdomen.

Although she was allowed back in one year later when she lost 148lbs or 67kg after the operation, she couldn’t hold on to the weight loss and her weight began increasing.

This increasing weight brought with it its own problems. Potter constantly complained of knee pain and requested medication to deal with it. She began taking painkillers to deal with it but it had a side effect.

The medication wasn’t allowing her to keep her food down and due to this, she lost 50lbs or 22kg.

Things took a turn for the worse when Ms. Potter was rushed to the hospital with sepsis. Doctors there said that it was her addiction to the painkillers which had caused an ulcer to burst into her bloodstream.

This had triggered sepsis. But Ms. Potter didn’t give up. She persevered and removed the ulcer as well as dealt with the sepsis. After this, she managed to continue with the weight loss program.

Even after the operation which helped her get rid of the excess pounds, Ms. Potter was still reliant on a wheelchair. She said that her skin folds proved to be: ‘the greatest obstacle she had for walking‘.

But she still persevered and her excess skin was removed. After this, her weight went down to 249lbs. Although she was still suffering from leg pain things were getting better for her. 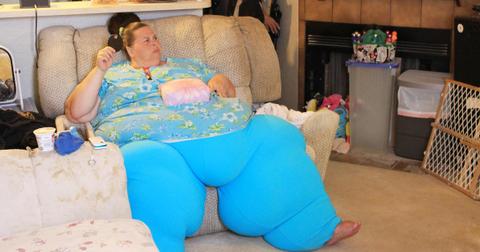 But good things don’t last for long. At her third appointment with Dr. Nowzaradan a couple of months later, her weight had again increased to 292lbs. Dr. Nowzaradan later found that she had skipped a lot of her physical therapy appointments.

In response to all this, Ms. Potter said to International Business Times that:
‘That fat girl in me is still there. The doctor fixed our stomachs, but he didn’t fix our minds’. Potter said that she was bloated and suffering from lymphedema which is defined as swelling in the limbs.

Dumped From My 600lbs Life

Dr. Nowzaradan wasn’t willing to accept any excuses and he ultimately dumped her from the program.

He said: ‘Pauline’s self-destructive behavior continues to be a problem,’ he said. ‘She has no intention to change right now. Hopefully, Dillon won’t end up burying his mother soon.’

As for now, Ms. Potter has moved back to her native town of Sacramento. Her weight now is unknown. We read so many stories of triumphs over weight gain and obesity that we tend to forget that this fight isn’t easy for everyone and that people lose.

Hopefully, Ms. Potter and others similarly affected as she can give weight loss another shot so that she can live the normal life she wants to.