International Biodiversity Day is sanctioned to raise awareness of the issues of biodiversity. Every year this day is celebrated annually on 22 May, highlighting sustainable development. It is a significant initiative taken showing international cooperation to raise concerns for biodiversity.

The main factors to focus on this day are sustainability, desertification, health, water, and sanitation, and many more. The primary role for the day celebration is development sustainably by caring for the biodiversity and let them gets rid of health and sanitation issues.

For the first time, World Biodiversity Day was celebrated on 22 May 1992 in a conference of the United Nations.

And now, this day is celebrated internationally. On this day, different public events have been organized so that to make people aware and also let them understand the real meaning of securing biodiversity with the best ways for future considerations.

Different activities carried out include planting trees, opening exhibitions, and seminars for student reference, to make people understand the real meaning of biodiversity through educational institutions and newspapers, and much more.

What is World Biodiversity?

Day 22 May, every year, is proclaimed as an international biodiversity day. It has helped in raising awareness of the issues that arise in biodiversity due to human activities and disasters. Biodiversity refers to the variety of living species present on the earth at various levels.

But the problem is humans have disturbed the entire ecosystem of the world, and hence many animals and species have become extinct. Many were present before in good numbers on the earth, but today we can just find them in the books. Thus to spread awareness on this fact, the world biodiversity day is celebrated on 22 May every year.

The rising population could also be the reason for such wrong happenings. But the way humans carry out hunting and poaching for their pleasure has caused the species to become extinct.

But we must prevent them and so celebrate biodiversity day for the sake of animals that still exist, but if humans carry out their activities might become extinct. It is essential to protect them.

Why do we celebrate Biodiversity Day? 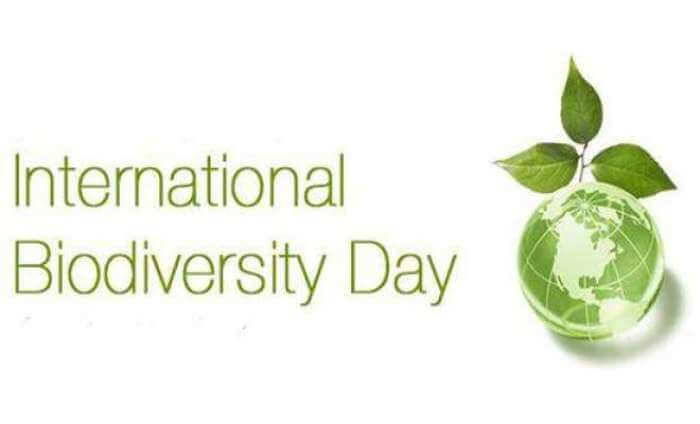 The world biodiversity day is celebrated annually on 22 May since 1992. But from that time, people are still not bright with the facts of celebration very clearly. Biodiversity refers to all living species of earth. All of them have equal rights to live and die.

But taking considerations of the human activities, they caused many species to become extinct. The main motive for the celebration is biodiversity conservation on a large scale. For this, one can undertake many steps on the public and private levels.

Earth is like a complex machine that has all interrelated animals that depend upon each other for food. A machine needs to function correctly. And the best way to smooth working is biodiversity conservation day.

Important points why we celebrate biodiversity day are:

It helps us to know how many species have become extinct and how many are on the verge of extinction. Without proper biodiversity, nothing functions appropriately, and not even animals and plants that work for serving you.

Scientists have been working to improve the lifespan of life. Biodiversity day has helped many people to work for the benefits of other species and know how to prevent them from becoming extinct.

It is imperative to provide proper sanitation to wildlife. People can quickly adapt to the changing conditions in the environment if there is functional biodiversity around.

How do we celebrate Biodiversity Day?

Biodiversity on the earth is like a living fabric, and also it has benefited humans with his wellbeing. Biodiversity day is celebrated in India every year on 22 May for the sake of prevention of living organisms. But humans lead to a significant disturbance in the ecosystem.

The main problems faced by the living species in the change in environment, climate, over-exploitation of species, urbanization, and pollution. These factors have to lead to raise a voice for the preservation of biodiversity. One underlying theme is set for the day and thus celebrated to promote it among all people.

People generally carry out specific seminars and exhibitions in the institutions for celebration. They conduct several events where they can teach people how important it is to conserve our diversity. These events can be public or private events depending upon the choice of how people like to make others aware, especially the future generation of the country.

What is the theme of International Biodiversity Day 2020?

Every year, a new theme is set to celebrate national biodiversity day, and various public events are conducted all over the world. This time on 22 May, the new theme for attending seminars and speeches is out. People are preparing well for the upcoming time.

2020 has come as an opportunity and the solution for the conservation of the wildlife. This year, the biodiversity day theme to focus upon will be on the slogan, “Our solutions are in nature.” If you clearly understand this theme, then you will surely work to preserve our nature and its beauty with different plants and animal species.

It is a message to all the people living on the earth that every living organism has the right to live on the planet. This is not our duty to kill and decide which are essential or not. You should not kill them for your benefits. Because of such activities, humans have caused many of them to become extinct.

How do humans benefit from biodiversity?

There are around 1.75 million identified species of the living beings present on the earth out of 13 million in total. These are all important for the smooth functioning of the cycle of the ecosystem. Generally, humans being omnivorous depend upon all the living species. Thus they need to protect themselves. Three main types of benefits are associated with humans from biodiversity including

Therefore for humans, it is imperative to know the benefits of biodiversity conservation day for their interests as per the future aspects.

How important is biodiversity?

For humans, biodiversity plays a significant role in sustainable living. It is an intrinsic value, and all species have the right to their existence. It has helped humans from raw material to production of the products for proper use, providing excellent support in every way.

For this year, they can come and join hands together on the world biodiversity day date on 22 May. Every country has a close relation to its diversity with benefits and importance. Thus it is essential to prevent every being.

The primary purpose of celebrating International Biodiversity day is to make people understand the primary benefits of biodiversity to humans. Thus it is imperative to protect our wildlife considering future needs.

Some species have become extinct, and many are on the verge of extinction. Many species of plants and animals are only left with us in a photograph. If you do not even release the importance today, your future generation will suffer a lot in their time.