The Indian Government has banned Tik Tok as the basis of the privacy concern in India. Tik Tok is neither available on Google Play Store nor on Apple App Store in India.

There were almost 200 million Indian users on Tik Tok which in itself is a huge amount. Tik Tok was banned some time ago but the apps were available again at the App Store. But does not seem to be happening this time.

59 more Chinese apps have been banned along with Tiktok but some apps are still available on play store. Many Tiktok users were followed by lakhs of people. Now they are looking for Tik Tok’s Alternatives.

Many Indian companies have started developing an app like Tiktok. There is going to be a lot of competition in all of them. I am going to tell in Tiktok’s alternative apps for android as well as ios users. Download them and support the government’s decision. 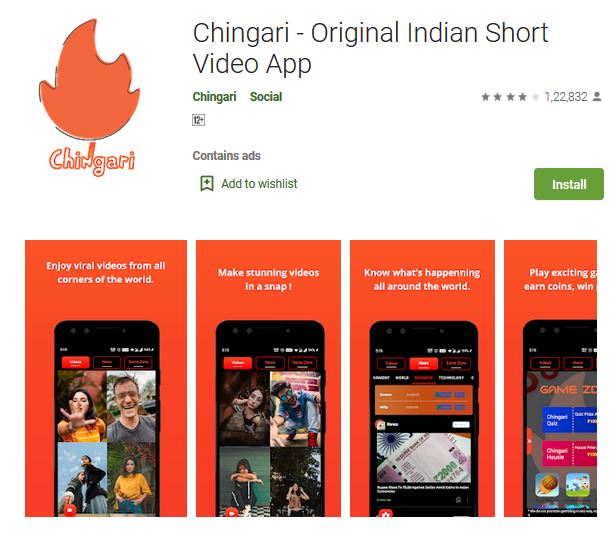 Ever since PM Modi announced Local for Vocal Initiative, Chingari App has almost 2+ million downloads on Google Play Store. Some people are with this decision of the government, but some people are criticizing it. The Chingari App is for Android and iOS users.

In this, you can download or upload user videos, share your content, and interact with new users. It has taken 2 years to develop this app. This apps has been made keeping in mind the regular feedback of the users.

It is a fully Indian developed app and it is also giving a lot of amusing features to the users. The developer is still engaged in improving its features. People who like quiz, Paytm cash, can earn Paytm cash from quizzes and mini-games.

In mini-games, they have included long popular games like Cut the Rope, Sudoku. Sumit Ghosh, Co-Founder, and Chief Product Officer, Chinagri App said, “He is very happy with the government’s step. He welcomes all Titok users on Chingari App.”

Another TikTok alternative app name is “Bolo Indya”. This app is also slowly becoming popular and it has also had around 100,000+ downloads in the country. As soon as people know, they are downloading it.

This app is only for Android users, iOS USERS will have to wait for it now. In this, you can make videos in 8 languages such as Hindi, Tamil, Telugu, Kannada, Bengali, Marathi, Malayalam, and Gujarati.

And besides making videos, you can also share your idea with other users. After being banned Tik Tok in India, people have started looking for Tiktok Alternative, especially the apps which have been developed in India.

Varun Saxena, Founder, Bolo Indya said that he is committed to promoting Indian ethics, values, culture, and heritage in the guidelines given by the Government, data security, and content residing on the platform”. He has also invited all Tiktok stars on the Bolo Indya platform. So that everyone can join together in the growth of their country. 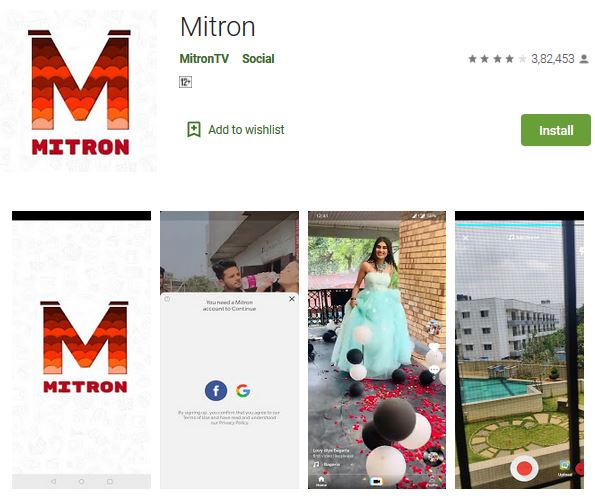 MitronTV, India’s TikTok alternative is growing rapidly. MitronTV has just been launched 2 months before and it has been a total of 10 million downloads. After the banning of Tiktok in India, Tiktok has had a lot of alternatives.

Some alternatives have been made for a long time, but the focus of the people was only on Tiktok, so no other Indian app didn’t grow that time. Now Tiktok is banned in India, Indian companies have a chance to grow themselves in the Indian market.

Mitron has also been in a lot of controversies. But it is completely safe for creators to use it.

Shivank Aggarwal and Ankit Khandelwal have developed the Mitron app. In this, you can create short videos, upload, watch, and share them. When there was news of banning of Tiktok in India, the Mitron app started becoming quite popular. This India’s TikTok alternative raises ₹ 2 cr seed funding. The investment comes after the Indian government banned TikTok along with 58 Chinese apps.

This app is available for both Android and iOS users. It currently has a current rating of 4.7 on the Apple Store and 4.5 on the Play Store, which is really good.

The app has many more interesting features such as slow-mo, studio light, contour light, stage and stage mono light, portraits with natural light. You can also edit videos, photos, and trending stickers in the Roposo app. 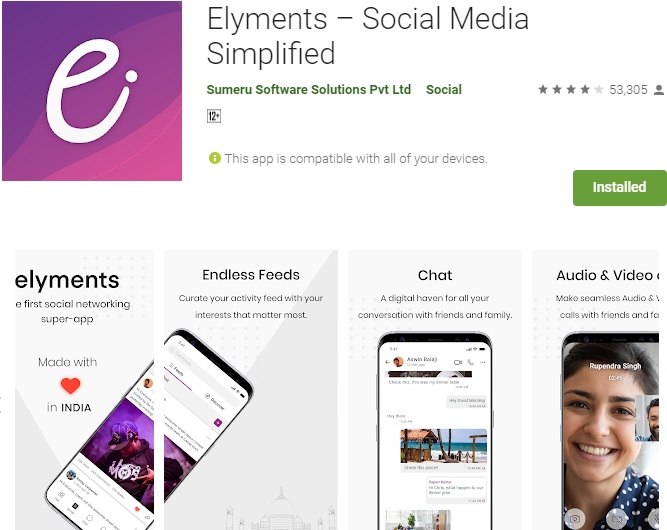 Elyment is made in the India app. It has been developed under the Aatmnirbhar Bharat campaign. This app is launched only on 5th July, Sunday and both Android and IOS users can download it. THE Main USP of this app is the Data Privacy feature.

Developers of Elyments ensure that their data is not shared at all with any third party without the user’s consent. Due to such a unique point, people are downloading this social media app. Its features are also similar to Facebook and Instagram. It has more than 1 million downloads to date. 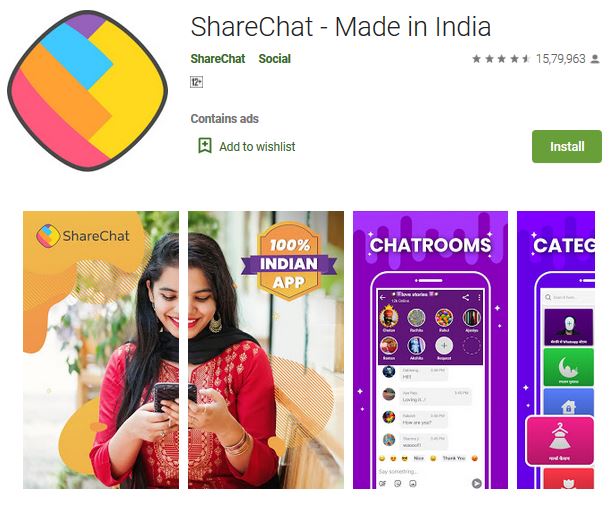 After the Tiktok ban in India, IT companies and startups are starting to launch a lot of apps. Sharechat is also one of them. You can do use ShareChat in 15 Indian languages. Here also you can make short videos like Tiktok.

Its unique feature is that users can create chatrooms in it and interact with new people. This feature looks like some Yahoo chatrooms. Yahoo chatrooms were very famous at that time.

India has taken a bold step by banning Tik Tok and 59 other apps. Now, it’s time to become Atamnirbhar. Download Made in India Apps, support Indian Made Apps and other products.

How To Change Font Style In WhatsApp?