Waterfalls are undoubtedly, the most natural magical attractions on the planet. A visit to these wonderful, free-flowing waterfalls is indeed a breathtaking experience as you are most likely to fall for their stunning view and the splitting sounds of their gurgling waters.

Here we start the list with the well-known Angel Falls in Venezula. Falling down uninterruptedly, from a height of 3,212 ft. (979m), the Angel Falls is recorded to be the highest in the world. It has got its name from the name of its discoverer, the US aviator Jimmie Angel.

It falls from a mushy cloud forest on a mystical tabletop mountain (tepuy) located somewhere deep in a Venezuelan equatorial Rain forest. Everyone who visits will agree to my words, as I say, there is nothing like this waterfall and the adventure to get to Mundo Perdido for seeing it fall is delightful in itself. Tugela Falls in the Drakensberg is the highest waterfall in Africa and the second highest in the world. However, it does not fall in one sheet. The river makes five consecutive leaps down an amphitheater wall, in the high Drakensberg Mountains.

Accessible through the Gorge walk, the Tugela Falls originates from the highest peak on a plateau of the Royal Natal National Park. Tugela Falls are best seen after rains and the upper falls can even freeze into pillars of ice when it’s exceptionally cold.

Read: Top 10 Most Breathtaking Beaches in the World

It is recommended that you head towards the trail of these falls, only if you are perfectly fit and young enough and there has been no heavy rainfall. Also, it is advisable not to carry any valuable assets like expensive cameras or phones.

Ramnefjellsfossen, more familiarly known as Utigordsfossen, spills beautifully into a deceptively calm but dangerous lake Lovatnet. It is regarded as one of the tallest free-flowing waterfalls left in Norway. However, visitors get more attracted to the dramatic lakeside surroundings amidst glacially windswept mountains.

The falls takes four distinct leaps but are so closely interconnected that you’ll hardly notice the separation. Ramnefjellsfossen has always been questioned for its actual height.

Gocta Cataracts is arguably the world’s third tallest waterfall with an elevation of 771 meters (2,530 feet). It is an easy trip from Chachapoyas. However, the altitude can slow you down. It is a serious hike from the drop-off point to the base of the waterfalls, taking an average time of 2 hours.

Read: Top 7 Most Extreme Places To Visit On Earth

There is a house for water and snacks at the halfway point. You can also ride horses if you feel like. Being surrounded by awesome mountains, the falls over an incredible sight that is worth the effort you make to reach there. The volume of water coming over the falls varies greatly depending on what time of the year you visit it.

These two sections are separated by an island. This powerful waterfall ranks as the biggest one in terms of volume and is easy to access for view from different angles. Many visitors find the Horseshoe Falls more impressive because of the water dropping from 173 ft (53 m), while the American Falls drops over only 70–100 ft (21–30 m). 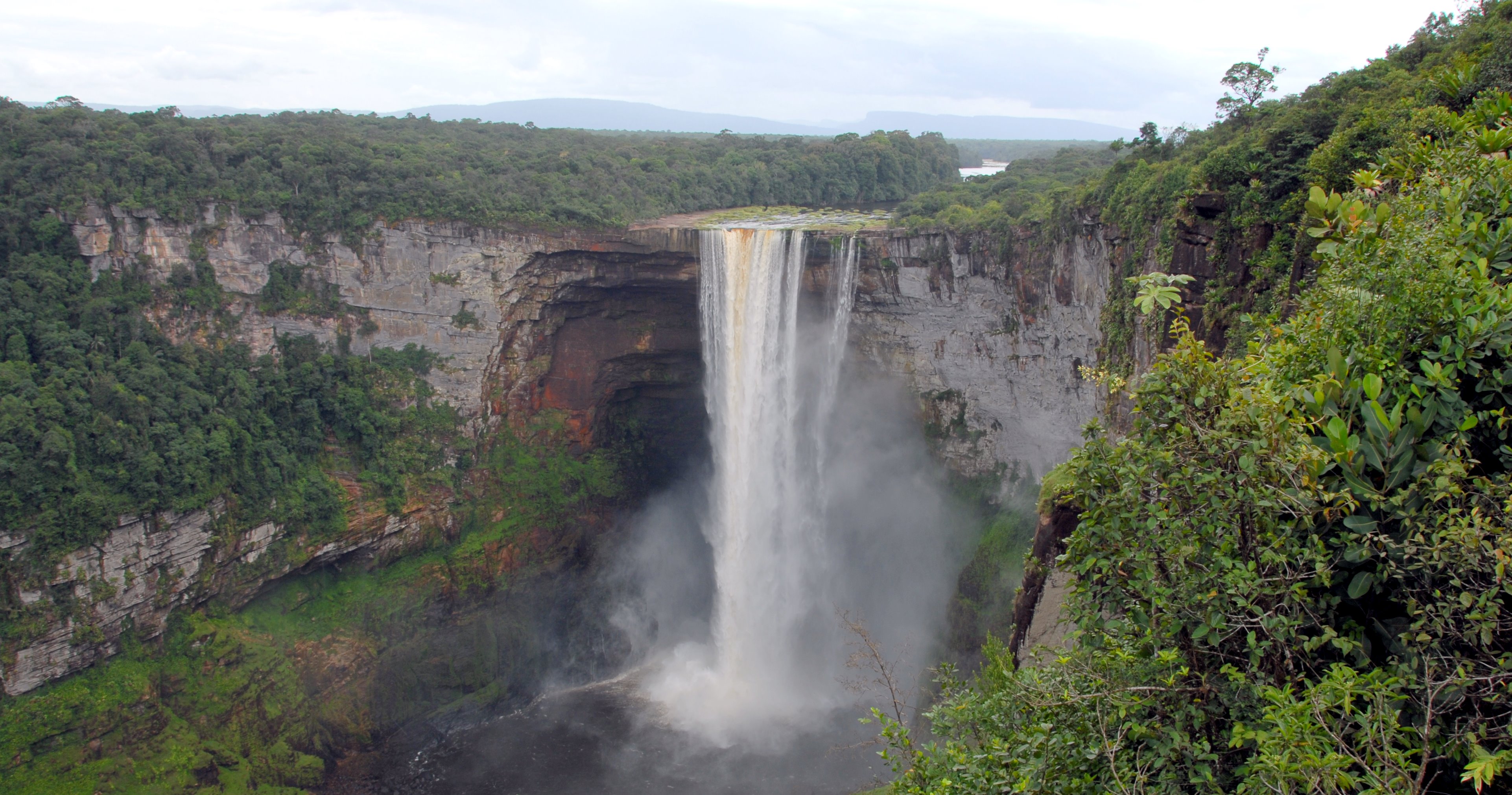 Located in the Kaieteur National Park, the Kaieteur Falls is one of the tallest (820 feet, i.e., 250m tall) single-drop waterfalls in the world. Rectangular in shape, with 741ft height and 370ft width, it is a waterfall on the Potaro River in central Guyana, amidst a pristine rainforest.

Read: Top 20 Most Beautiful Tourist Places to Visit in Switzerland

Its location lets you explore some of the rarest wildlife settings on the planet. A relatively less crowded spot by tourists, this fearsome waterfall allows you to glance at its harsh landscape in isolation and peace. It is good to visit in small groups.

Though not too high but, the Plitvice Falls in Plitvice Lakes National Park, Croatia, offer stunning view of the several cascades that its water has to overcome. Looking at the overall falling water experience with hundreds of waterfalls at one place, you may consider it as the best choice.

Also, the colour of its water varies from crystal clear to azure and then turning to turquoise. Brought to life in lush and protected ecosystem, this one is a network of countless stunning waterfalls that are impressive in themselves.

The Victoria Falls, also known as Mosi-oa-Tunya is a gorgeous waterfall on the Zambia-Zimbabwe border. The water of Zambezi river falls down in a straight line for 354 ft (108 m), making it the largest singular waterfall in the world spanning over a width of 1.7km.

Being that wide and having an average flow of 1 million liters per second, it can be spotted from many kilometers away. This also lists itself as a UNESCO World Heritage site. You will be amazed at its awesome size and scale! 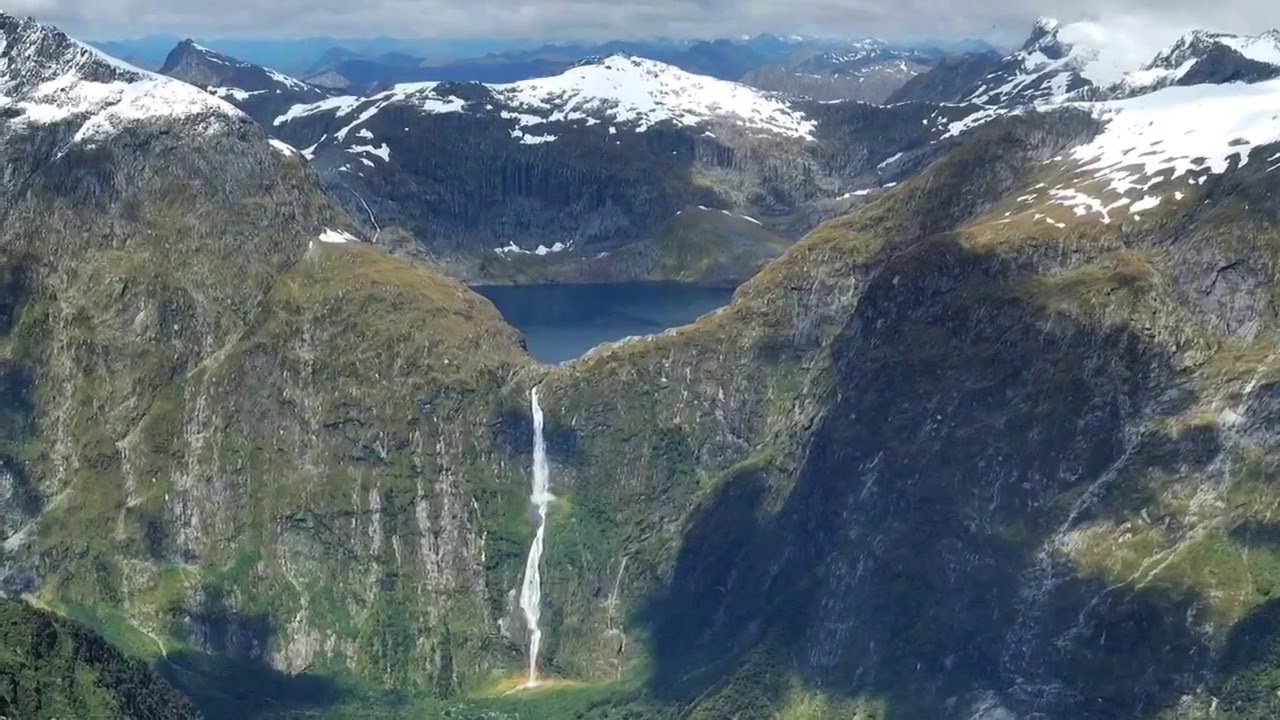 Located in Fiordland, New Zealand, the Sutherland Falls plunges deep down over to 1902 ft (580 m), in three cascades. The waterfall was named after Donald Sutherland in 1880, who discovered its unique landscape.

This gorgeous waterfall is undoubtedly, the most spectacular waterfall in New Zealand. It is located in a remote location somewhere deep in the Fiordland National Park, that is also a World Heritage Area.

It also holds a prominent place in the highlights of the Milford Track, that is said to be one of the finest walks worldwide. 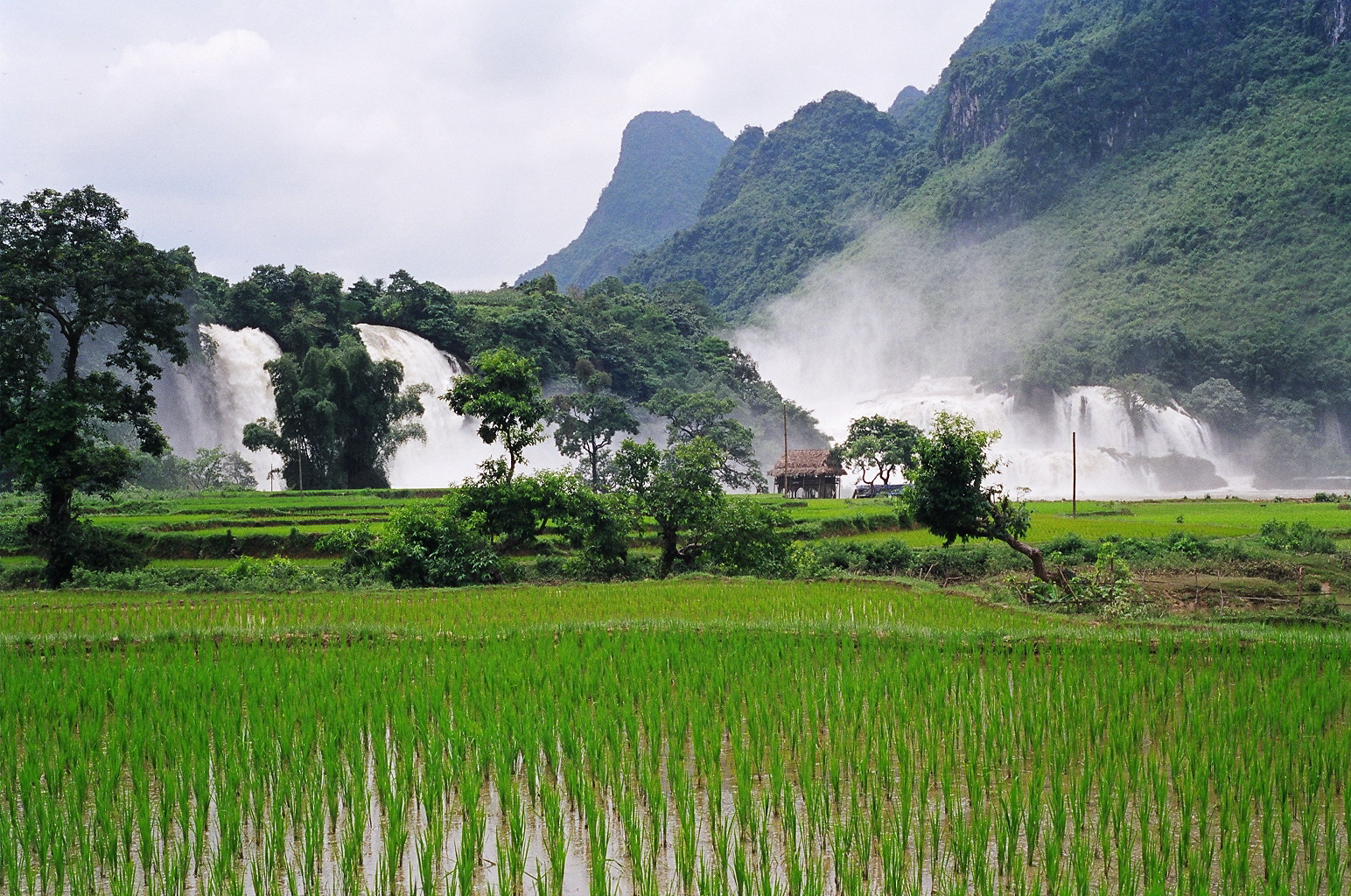 The Ban Gioc-Detian Falls is said to be Asia’s largest transnational waterfall since it is shared by both China and Vietnam. Also, it lists itself as the fourth largest waterfall crossing a national border in the world.

The Ban Gioc Falls or the Detian Falls are found in Daxin County in China and in the Trung Khanh district on the Vietnamese side. It is over 200m (656ft.) wide with a drop of over 70m (229ft.) and falls in a deep pool beneath that is over 30m (99ft.) deep.

This virtuous heaven waterfall is surrounded by picturesque karst peaks that make its water plunge down a three-tiered cliff, separating into three falls due to the rocks and trees. Due to its scenic location, this waterfall is a great place to get yourself clicked, a pretty photogenic waterfall you see!

This highest waterfall in North America drops 2,425 ft (739 m) in the Sierra Nevada, California. It originates from melting snow that is the reason why it doesn’t flow throughout the year. Sometimes, the stream may cease due to a little amount of snow.

The Yosemite Falls can be seen from a multitude of viewpoints and trails. These for sure add to the beauty of the unparalleled Yosemite Valley. Due to its ease of access, scenic location and sheer size, it is worth a visit!

Enjoy visiting these amazing waterfalls with a bunch of close friends and have fun amidst their picturesque surroundings.

10 North Korea Unbelievable Facts You May Not Know

Top 10 Most Beautiful Beaches in the World