Australia is an incredibly diverse nation, and the same gets easily reflected in the nightlife. In major cities like Sydney, Melbourne, Perth, the nightclubs will give a run to the ones in various European countries.

Australia is famous for the ever-shining Sun and the constant parties! With a balmy climate like Australia, partying seems like the most attractive option to many. Read down under the seven fantastic party places in Australia. 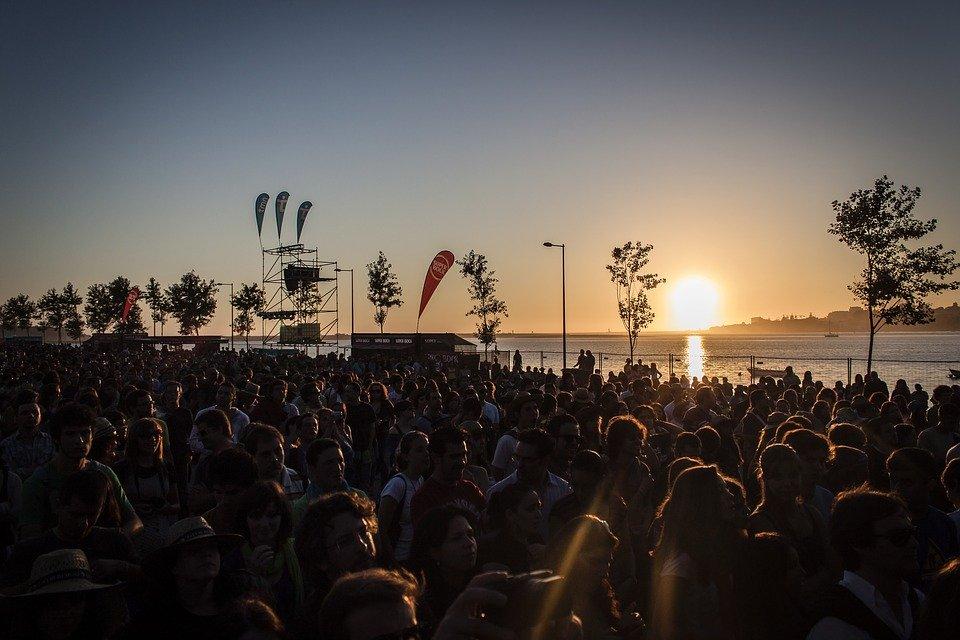 It is the actual place where Australians like to party. The maximum part of the area is well-known for having excellent and cost-effective pubs and dance clubs.

With an assortment of choices, right from live rock bands, DJs, solo performances, or pop music, the entire place rules during party hours. Gold Coast might not cater to all the classy activities, but sure rocks when the ‘party-time’ rings in.

The main partying domain is in the suburbs of Surfers Paradise. The countless nightclubs remain open till late in the night, with the cheap flowing of alcohol, and sea-side cuisine. Feel free to visit the Hangover Crawl or the Wicked Club Crawl.

With some specialist tastes, you can also try out ‘Stepping Inside the Elsewhere Bar’. Most of the bars cater till late, to the backpacking crowd. The grungy interiors and groovy playlist soar up the party temperature high! 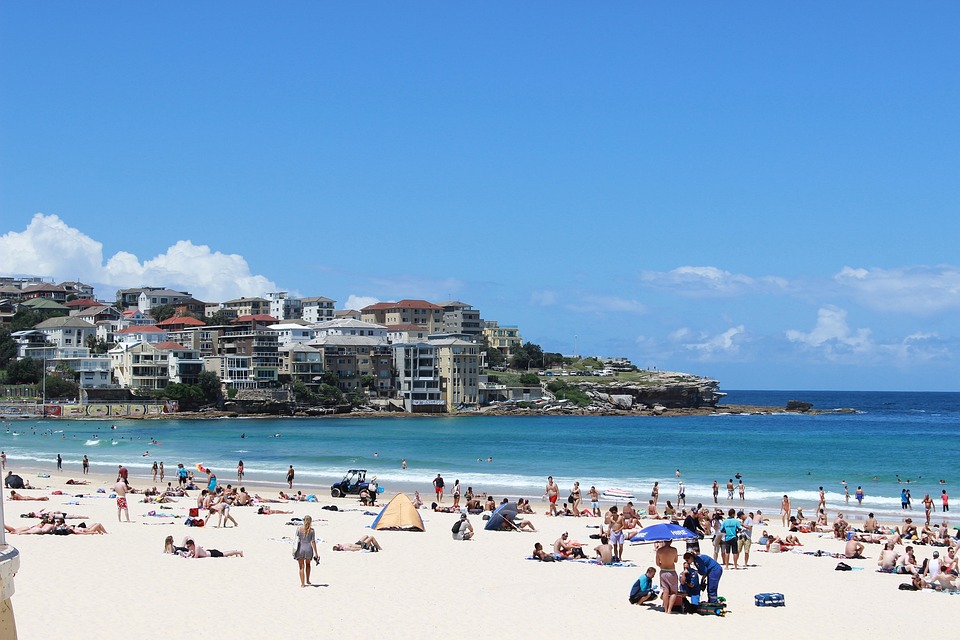 The nightlife in Sydney is still counted the best amongst all others. This places rules for its diversity and party atmosphere. Most of the areas in and around are jam-packed with decent venues, especially George Street.

This street is the heart of Sydney. Sydney’s historic avenue is a great place to find some excellent bars and dance clubs, like the Woolloomooloo. Unlike Melbourne, Sydney has more to do with beach-side shacks and bistros. The crowd here is more happening and party-loving, as compared to the creative city of Melbourne.

One of the most popular sea-side places in Bondi. Any day, and at any time you hop-in, you will find this place tightly packed with beach-goers and sun-bathers. Once you have moved inland, various other party joints, like the Hotel Bondi and SideBar, are up and happening till the early hours of the morning.

Stir-up, the adventurous soul by hiring bikes from Sydney’s motorcycle hiring agencies. The passionate and experienced team members are ever-ready to guide you with their motorcycle know-hows and related motorcycle accessories. Be free to browse through the wide variety of accessories and cherry-pick your requirements.

Victoria’s capital city, Melbourne, is well-reputed for the fantastic nightlife scenarios. In recent times, it has turned into a rival of party city Sydney. The leading segment, consisting of nightclubs, pubs, and bars.

The entire area rules the night with its party – hopping crowd and swankiest locales. Most of the clubs interwoven, all-along the Yarra River caters to a large number of party-going crowds.

The rooftop terraces, like the Red-Hummingbird Bar and Siglo, caters to the mind-blowing view of the city. All of these are commonly known as the Rooftop bars. A significant number of cafes and bars lines up along the walkways of St. Kilda.

Thus, it is prevalent amongst the backpacking crowds and also the family vacationers. Melbourne allows you to get the best road trip experiences too. So, getting you off-road adventure accessories from a roof rack store is something we would recommend. 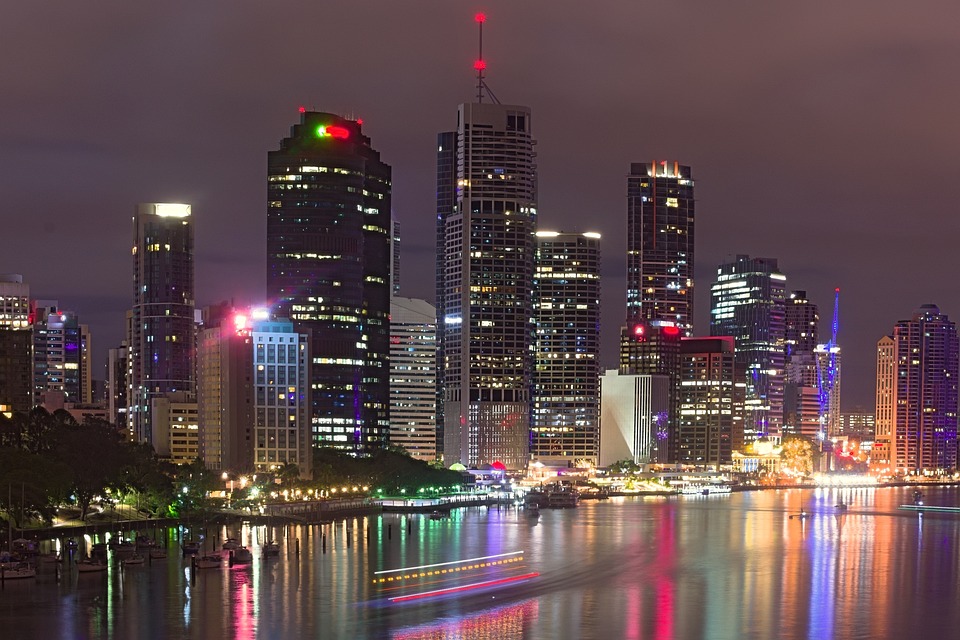 Queensland’s capital, Brisbane, is famous for a sober nightlife scenario. Here, the popularly hunted area is called Fortitude Valley. Apart from this, Birdee Num Num is another great joint to catch up with your fellow backpacker.

Here, you can chill with your other back-packing associates with the pocket-friendly drinks and different cuisine. The music played here will keep your foot tapping! For those who are not so budget-oriented, the Fringe Bar is just perfect.

Alongside is the Family. Both cater to the elite and upscale party crowd. Have a grub at one of these places, and head towards the Oxford Art Factory. The site puts up live shows of the best rock bands from all over the world. More so, for the underground parties, Brisbane is famous.

Party promoters like Under the Radar and Picnic organize the warehouses as the party-hopping ground, all-night long. Apart from all these, if you are a person preferring a personal time with your loved ones, the beach shacks are the ideal ones.

Darwin is best known for its laid-back attitude. Situated in the Northern Territory, it is famous for its nightlife. A handful of bars, well-lit, along with Mitchell Street, stances the perfect example for you to visit.

Darwin, being a bit secluded from the other cities, is famous amongst the backpackers. The hostel spots are the most asked ones, amid them.

Walk-in at the infamous chili’s backpackers. It has great ambiance and serves cheap alcohol. The place is always choc-o-bloc with vacationers. Apart from this, the Shenanigans, which is an Irish Pub, carries an essential spot amongst the locals and holiday-goers.

Once through with these pubs, head towards the dancing clubs of Darwin. Discovery, with grooving music, is reportedly one of the happening night clubs, topping the chart amongst the party animals!

Capital of West Australia, Perth, is considered as one of the most isolated cities in the whole world. But then, this city steps ahead with marking the nightlife as a roaring one! The area in and around Northbridge is the leading party destination.

On Friday nights, this place echoes with live music and techno numbers played by famous DJs. Take a lazy stroll towards William Street, Fitzgerald Street, and the associated lanes-by lanes to experience the action. This time, the entire Perth is alive with the astounding party culture.

Perth happens to be one of the preferred locales for the backpackers, couples, and budget-friendly vacationers. Within numerous pubs, clubs, eateries, and hostels, this place ranks the topmost as the pocket-friendly city. Once here, head towards the Barracks Bar, located at the Old Swan Barracks Backpacker Hostel.

Load up with pocket-friendly drinks, and taste the local cuisine. Once you have your needful, spend the rest of the time lazing at the nearest beach. Admire the sunset, and be a part of the happening twilight at Perth.

Once the night creeps in, head towards The Dean, Perth’s party hub, all-inclusive the thriving nine bars. Here, you will enjoy the heady mix of eclectic and electronic dance numbers. Keep your feet tapping till it is dawn!

Byron Bay is renowned for its great party people. Nick-named as the ‘surf town,’ the place thrives with the hip and happening hippie culture. It is a party-mecca for an Aussie. Once you reach, plan of trying out the pubs and bistros around. All of them are equally good.

First, try out the Treehouse, situated on Belongil. Give a treat to your ears with live rocking music, playing the trending chart-busters. Later head on to Cheeky Monkey. Or else, you have an option to spend the rest of the night at Woody’s Surf Shack. Relax and rewind the entire night, grooving amid the other people natives.

The term ‘Nightlife’, is slightly misleading one, connoting the tin-shacks dotted all along the beaches. But all of them are worth trying! Once you walk in, the locals will greet you with chilled beverage and sea-food.

These places are always thriving with excitement and fun. But, if you desire to experience more, the above mentioned seven amazing party destinations would never let you down. The above seven details act as an eye-opener for those who want to work hard and party harder!

Top 5 Most Enjoying Places in Argentina