As per the calendar, the last day of the year is marked as New Year Eve and celebrated with pomp and show almost everywhere in the world. New Year comes ones a year, memorable. So it’s worth it to make memorable. But which is the best place t celebrated the New Year eve?

Every year its midnight on December 31 the world’s eyes turn on to lights and lively energy of Times Square as the New Year eve at the emblematic center of New York City has become more than just a celebration. At times square expected one million of people are cohesive in bidding a collective farewell to the passing year and expressing hope and joy for the upcoming year.

It’s the midsummer in Rio de Janeiro at this point of time and because of this many partygoers close indoor clubs and take a party on the streets. If you are interested in celebrating your New Year eve at Rio de Janeiro then join the beach party and experience the incredible fireworks show. Copacabana beach is the center point where celebrations begin at 8 pm with live music shows and it is customary to wear white in Rio on this eve as it brings luck for the upcoming year.

At this beach it is the most popular party for locals including poor, rich and for almost everyone who wants to engage in celebrations. Food is everything in New Year eve in Rio Brazil, it is said that by midnight you have to eat seven pieces of raisins and keep the seeds in your wallet and you will surely get money all the time.

Paris recommends the widest range of New Year parties on December 31. Paris as a warm and cheerful atmosphere and is full of ideas to celebrate the New Year eve. This city of lights offer you bounty of ways to celebrate as Paris is one of the most colorful and exciting places whether your preferred style is clubbing the night or a good meal with a perfect view or simpler way like glass of champagne with small group of loved ones.

Paris is filled with lovely churches in New Year eve. For Paris New Year eve you can have a lovely dinner in a gourmet restaurant during seine river cruise. You can also take a fly away boat river cruise in Paris to make your New Year eve romantic as sight from it is very beautiful and you will definitely enjoy decoration and lights. 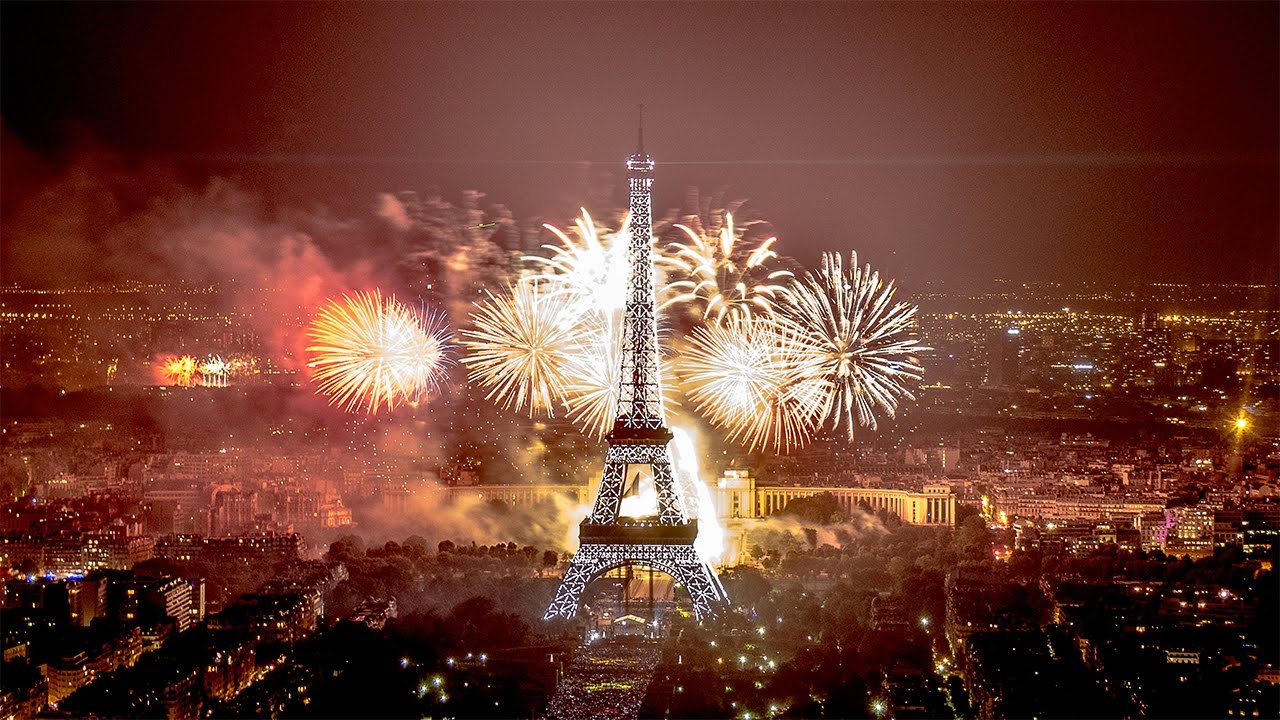 Celebrating New Year in London is one of the best places in the world as capital is fully prepared with numerous New Year parties and events. New Year eve in London is celebrated along the Victoria embankment area of Thames River. the famous new year day parade takes place starting at midday and finishing at 3:30 pm in parliament square and it’s really good to see on the first day of upcoming year.

London’s extravagant New Year’s eve fireworks display at Coco Cola London eye is famous around the world. At midnight famous Bongs of Big Ben will ring out and is followed by UK’s largest annual display. It’s never too early to think of celebrating a new year in Las Vegas as it is a perfect time to be in Los Vedas as the New Year’s celebration they’re drawn over 330000 visitors to Las Vegas .on the last day of year Vegas strip becomes a giant pedestrian mall and everyone parties outside till midtime. Almost ten thousand of people walk the Vegas strip decked out in silly hats.

Read: Things to do in Bali for Honeymooners : Bali Travel Advice

It also includes a spectacular fireworks show. Inside the showroom rock with the hottest entertainment and night clubs are fully packed with celebrities and partygoers who have been dressed to impress. The magic begins at midnight when firework show launches from rooftops on a strip and a full panoramic view of the display. Edinburgh is the best place to celebrate New Year as it includes the massive Hogmanay party that blocks the prince’s street every year. It Scotland New year’s carousing gets underway when many of torch bearers join Helly Aa’s Vikings, drums, and pipelines.

Setting underneath the spectacular backdrop of Edinburgh castle and dancing the night away at the concert in gardens including entertainment, music, giant screens, outdoor bars and DJs. As the bells strike midnight, a firework ramparts. You should know that no other nation in the whole world celebrates New Year with so much revelry and passion as Scotland does. 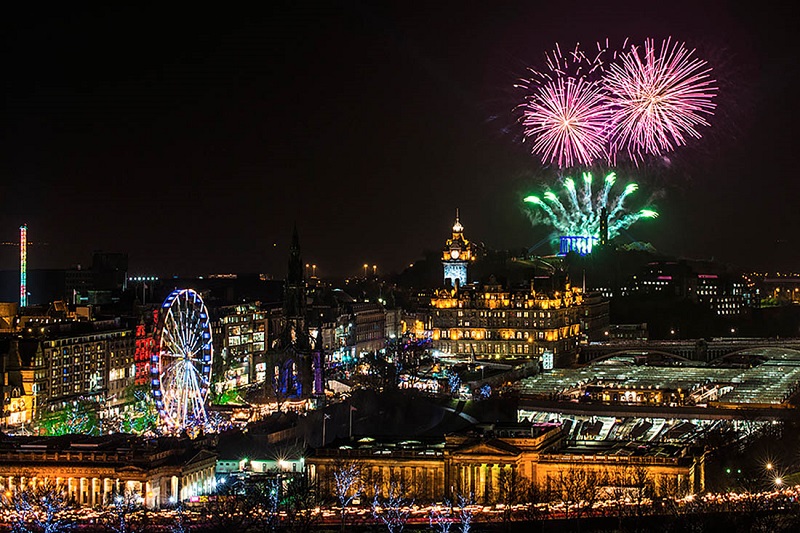 In the New Year eve, the whole of Vienna is over to dance and party as the New Year eve is the highlight and a great ambiance can be enjoyed as much a gala dinner, a concert, and an opera. A unique atmosphere can also be enjoyed on a boat trip with the New Year a galas which is held in city hall and city’s leading hotels.

Read: Top 10 Best Unknown Destinations to Honeymoon in the World

Whole Vienna also turns the inner city into a big celebration. Thousands of people pursue the New Year’s Eve trail in the city center along with famous trail and dozens of gastronomes serve punch and treats. New Year in Vienna is an experience which everyone should have at least once in their whole life. Sydney knows how to host a New Year celebration, everyone in their lifetime should experience Sydney’s New Year eve from the beautiful Sydney harbor island parties which is situated in stunning surrounds of a harbor. Her, Bradleys head precinct is also another chief spot for families to celebrate new year eve.

You can enjoy, entertainment many spectacular views and a festive entertainment at one of Sydney’s famous hotels, also enjoy build up to fireworks on a cruise with food and live music. You can also cruise across the beautiful Sydney harbor with fantasia, magic cruises and harbourside cruises. 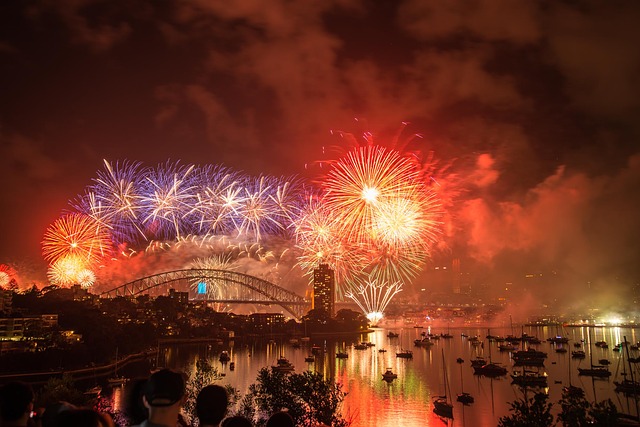 New Year in Reykjavik is an extraordinary experience as there are no artificial fireworks displays in the city. This famous night is very created by locals who collectively do an amazing job with celebrations. In Iceland, the evening begins with a festive dinner which is followed by trip to bonfire where everyone meets up and celebrates with all.

Read: Top 5 Reasons to Pay a visit to the Andaman and Nicobar Islands

After bonfire locals watch Aramotaskaupid and then the countdown start to midnight and exactly at 11:30 pm the explosion of fireworks became more frequent. Bars and pub in the city remain open till morning as the city does not sleep. It is the best place you can ever celebrate New Year eve.

New Year in Hongkong is one of the liveliest and colorful events you can ever experience as it’s a massive 15 day party where lots and lots of happy noises of gongs, drums and firecrackers explode in all around the corners in each part of the city. Dancing lions and dragons parading make their ways on the streets of the city and all the friends and family come together to share the happiness and joy of the upcoming g year.

The Victoria harbor is the chief attraction in Hong Kong as you can experience the best New Year bash in there. Another famous location is Hong Kong exhibition and convention center as her entire city waits for the firework displays over here and which continues for a long period.

What are The Best Travel Hacks for Trains?