In the world of entertainment and beauty, the slimmer you are, the better the chances you have of getting famous. Sure your face and every other talent do play a role but without being slim there’s a low chance of you progressing far in that world.

But even with our movie or internet female stars, there’s a limit to the slimness which is loved. No one wants to see an actor or dancer be malnourished. But what if someone took slimness as a challenge?

But not of the whole body, just of the waist? Cathie Jung of the USA decided to do just that. She wanted to see just how small her waist would go.

How small was she able to make her waist?

Let’s give full details first- Cathie Jung, born in 1937 stands 5 ft 8 in tall and has a corseted waist which measures 15 in. When uncorseted, it measures 21 in. Her bust and hip measure 39 inches.

How Did She Reduce Her Waist?

Cathie says that her persistence, patience and husband’s support played a huge role in reducing her waist to eleven inches. Her fascination with Victorian clothing was the main driving force. She says:

“We had no intention of setting a record. It was about dressing appropriately for the age.”

She does not exercise or eat any kind of special diet to maintain her thin waist as well. Cathie says that since 1983 she has been wearing a corset for 23 hours a day.

The only time she removes it is when she showers. By 1992, 24-hour straight tightlacing was a lifestyle for Cathie.

When Did Cathy Begin Doing This?

The main reason behind Cathie’s slim-waist-challenge is because of her fascination regarding Victorian clothing. This is why at the age of 38 she decided to begin wearing a 6 in training belt to reduce her then 26 in the waist. She never needed to take on surgery to do this. But this whole story began when she got married.

When Cathy and her husband Bob got married in 1959 when “inch reducing” was popular. Bob loved the nipped-in-waist look using waist nippers. These nippers were advertised and sold everywhere.

So Cathy, like other young women wore them too. But Bob wanted more for his wife. So with Cathy’s approval, he purchased a real lacing corset for his wedding. It had a 22″ waist closed.

So when Cathy got married, her 26″ waist got reduced to 22″. But this was just the start. Yet they didn’t go any further than this. The years following the wedding put serious corset training in the back of the couple’s mind. After all, they had two sons and a daughter to raise. 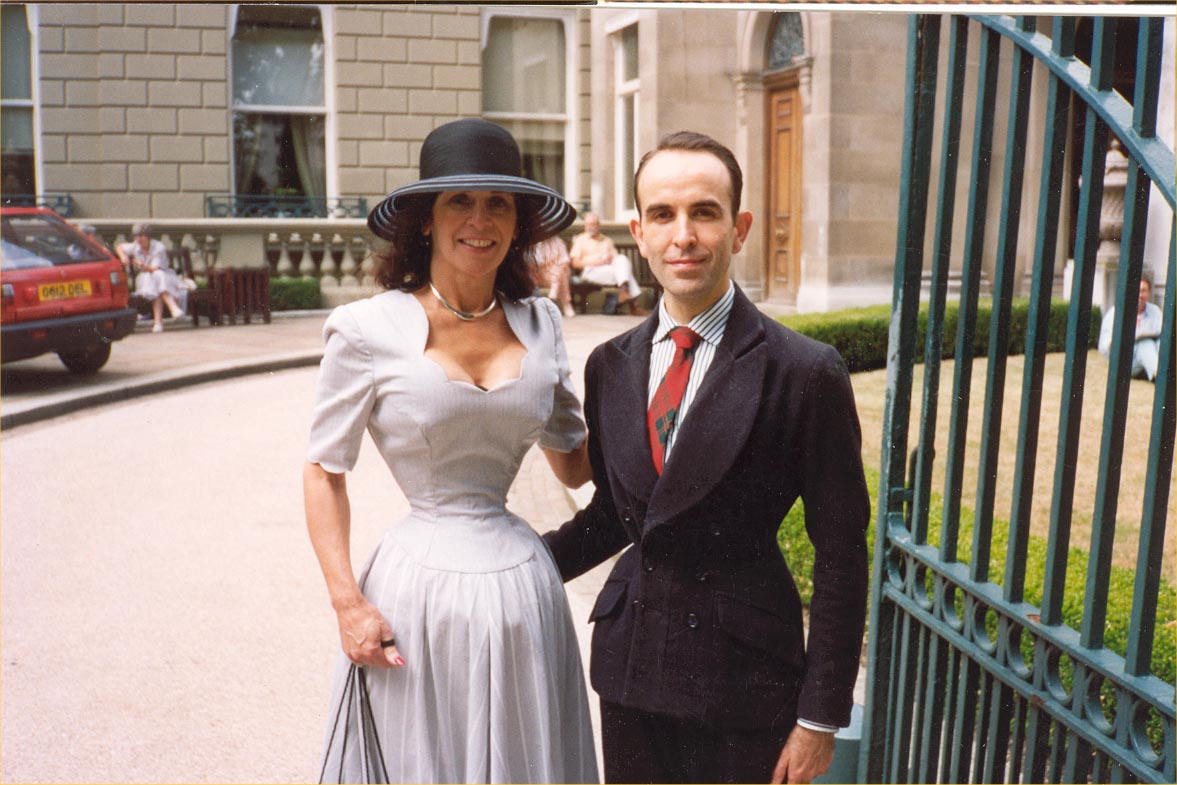 In 1985, Cathy began reducing her waist 7 inches beyond what was on her wedding day. But she got the confidence to do what she wanted in 1983. That year she visited England and met several women who wore corsets all the time on the trip.

They had even banded together to form a club of tight lacing enthusiasts, calling it “Les Gracieuses Modernes”. It was these connections that made the dream seem more possible.

In 1985 the couple wanted to return to England for the corset society’s annual ball. For the ball, Cathy ordered a 22″ black leather corset. But fate wasn’t on her side as her puppy chewed a hole into the garment.

But the couple didn’t give up. Cathy ordered another one of the same sizes and began working with a trainer. The trainer advised her to get a wide training belt which she did. This began her serious journey into waist reduction.

In the beginning, Cathy opted to use the 22″ leather corset just in the afternoon and for the evening when she was home. At night she wore the wide belt to sleep every night.

In the end, Cathy and Bob were indeed able to go to their first Bal Des Gracieuses at the end of the year. Cathy wore a 22″ corset for that.
In the second year, 21″ leather corsets were ordered and now Cathy started wearing them most of the day.

She also began sleeping in them at night. Later that year she ordered 20″ leather corsets from different course tiers. The goal for the next Bal Des Gracieuses was a 20″ waist. From then on the goal for Cathy and Bob was to be a little smaller for every ball.

But they didn’t just meet that 20″ target, they exceeded it. Cathy wore a 19″ German corset to the 1986 ball. But once Cathy hit the 18″ mark at the ball next year, they decided to stop. But this didn’t last for long.

For the fourth and fifth ball, the couple made little reductions ranging for about one-half inch. By the time, the seventh ball came around in 1991, Cathy was at 16″ and going smaller. For the Grand Finale, Cathy had achieved 15″.

Asked if she takes any breaks, Cathy replied: “No breaks. Not really. First of all, I don’t have any clothes to wear without a corset.

Also, I find I’m more comfortable with some support when I’m active or working. The only time I make an exception is when we’re out boating or fishing when it’s very hot.

Then the corset is very irritating so I take it off for an hour or two. But I always put it back on at the end of the outing, even if I don’t want to. I don’t want to lose ground. it’s a mixed blessing”.

Having a waist that small takes years of dedication. For Cathie to stay dedicated to her unique dream for so long is a lesson everyone can take away for their own goals. As for if she wants to go even smaller, Cathie says that she does want to shave off an inch or so.