Do you know the wonder girl and Rapunzel of India, Nilanshi Patel? This 18-year girl just stepped into her teens and already created a plethora of records globally. With a lustrous hair length of 2 meters, she holds a record for her teens’ longest hair.

In fact, in 2020, the latest reports claimed that she broke the Guinness World Record for having the longest hair as a teenager yet again. Her achievements are adding up pride and stars to India’s galore!

For this first time, Nilanshi Patel made her appearance on the Italian television show in 2018, namely La Notte Dei Record (The Night of Records). Earlier then, her hair measurement was 170.5 centimeters or 5.6 feet long approximately. 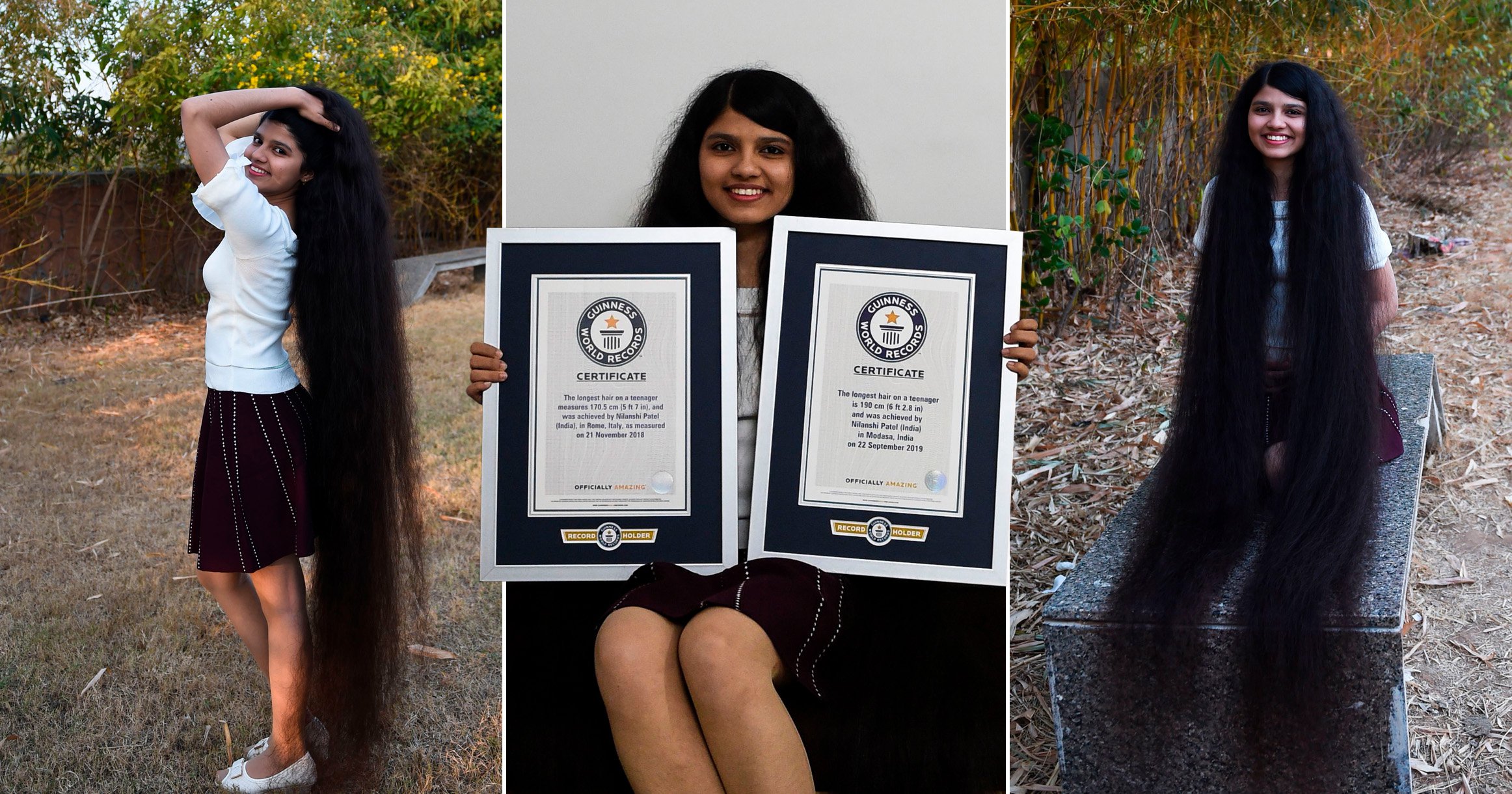 Ever since her childhood at the age of 6 years, she was fanatic about her accentuating hair growth and amazed with their beauty. Even her friends use to acknowledge her as Rapunzel due to the pretty long hairs. And there’s a story behind her wish not to chop off the hair at any cost.

When Nilanshi was six years old, she paid a salon visit where some bad experience struck her mind. After that, she made up her mind on no more haircuts for her.

As per one of her statements to the Guinness world records team, Nilanshi said, “I got my hair cut, an awful haircut. So, then I decided that I won’t cut my hair. I decided that when I was six and had not cut it since.”

What inspired Nilanshi to grow her hair?

As mentioned above, her messed-up hair cut in early childhood was the reason for growing such long hairs. Besides, even her mother stands as a strong pillar to help her maintain her fabulous hair’s health and beauty. Now that Nilanshi is entering the adult category for the longest hair world record, she is unsure if she would continue with this hair length or not!

Soon after she captured everyone’s eyes on the foreign show in 2018, her record is unstoppable till now! She looks no less than a Disney Princess with her astonishing hair length. Even her schoolmates and friends use to applaud her for the pretty hair growth.

It needs a lot of regular hair care routine to maintain the health and length of her hair. In one interview with the media, Nilanshi said she takes no extra care to maintain her hair. She washes her hair every week and keeps the routine along with oiling them once or twice.

Although she prefers drying her hair naturally, she sometimes uses a hairdryer to fasten up the process. She also likes to maintain a braid naturally but also tries a trendy bun for parties or occasions. It is undoubtedly a task for her while out for a swimming session!

Above are the known and unknown facts of India’s daughter, Nilanshi Patel, who has a miraculous hair length compared to a fairy tale princess!