Earth Hour is the worldwide movement held annually. This movement encourages individuals, businesses, and communities. According to this event, the non-essential electric lights remain off for one hour.

It is a specific day to turn light off from 8.30 to 9.30 pm. the movement came into existence by the World Wide Fund. It is all to save your environment and nature.

What time is Earth Hour today?

There is no usual date for Earth Hour. However, Earth Hour Day holds on the last Saturday of March. This year in 2020, Earth hour Day is on 28 March.

Earth Hour day is for a week rather than celebrating on some specific day. The day occurs after one year. On this day, thousands of businesses turn their lights off.

The day started to celebrate in Sydney, Australia, on the last Saturday, 21 March 2007. In this, more than 2.3 million residents, along with businesses, celebrated this day.

They all switched off non-essential appliances and lights that day for an hour. It is all to raise people’s attention towards the leading contributor to global warming that it coal-fired.

When electric appliances turn off for an hour, there was a 10.2% reduction in the consumption of energy in the city. In that one hour, Sydney turns dark and weddings held with candlelight.

It was third Earth Hour Organised by WWF in 2009. More than 88 countries contributed to this support. Then the number raised in 2010 with 128 countries turning off their lights for an hour.

They joined hands together to reduce the cause of climate action. Thus we can say that people around the world celebrate light out the program in an hour.

In Australia the local time when Earth Hour held for the first time was 7.30 pm. and then in the same year, San Francisco also celebrated the same event in October. Then the organizers rallied behind the Earth hour Day for March 2008.

How Many Hours is Earth Hour? 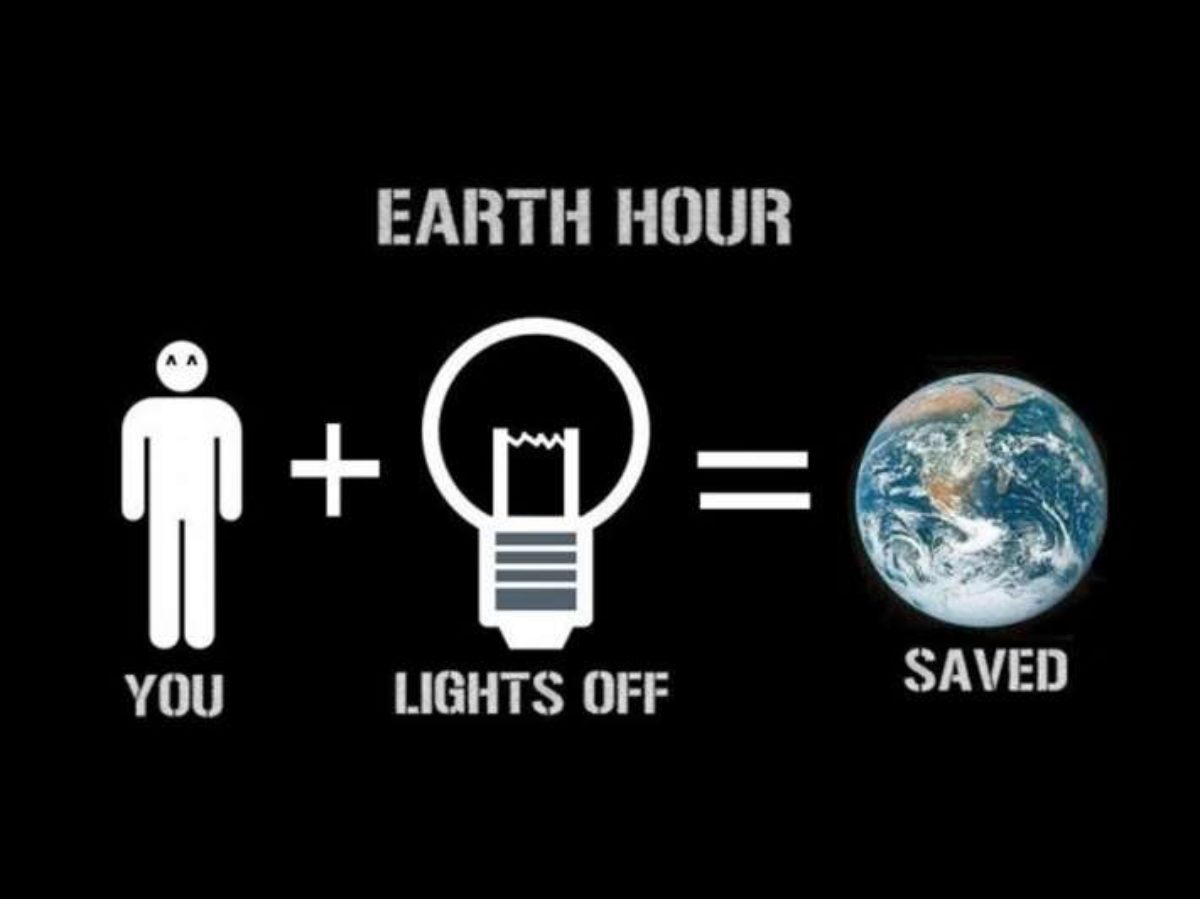 Initially, the day took place in March in Sydney, Australia. Many people got inspiration, and today the day is worldwide. Thanks to the organizers to save 10.2% energy in one hour and one city. How exciting is it to see an area off light for one hour in the night time? The primary Earth Hour theme is too dark all around and to have sustainable earth.

It is good that people started supporting and enjoying that moment. How beautiful it is to celebrate your wedding for an hour in candlelight. It is a silent symbol to darken the sustainability and hope among people.

Millions of people take part in this event every year. Today this movement has become a global movement. Last year in 2019, the day was on 30 March from 8.30 pm to 9.30 pm. however, the day called off in Ostersund in Sweden to highlight safety as the primary measure.

It is a climate-focused project event. If something more will start like this, then once again the issues raised with global warming will turn off. However, it depends upon the minds of people who follow or do not follow this.

What is the purpose of Earth Hour Day?

The primary purpose to celebrate Earth Hour Day to enjoy sustainable nature for an hour. This day comes in March every year. In the whole world, people turn off lights to celebrate. Also, they turn off non-essential electric devices.

Earth Hour is a yearly event that takes place in the March on its last Saturday. Join hands for a beautiful future in the world.

What should I turn off during Earth Hour?

Well, Earth Hour Meaning is to celebrate the sustainability of nature for the future generation. It is a usual event in which you can turn off your electric appliances that are not in use very generally. Also, you can turn off lights and other devices for at least one hour on that day.

The day tells you how the world would be in the future if you do not care for it presently. The present generation must think and move ahead. In that one hour, you will know what earth is without lights. Celebrate that time with lightning candles instead of bulbs and lamps.

What if for an hour you cannot watch television or play a video game? If you continue wasting, then the future might become dark like that for one hour on WWF Earth Hour.

To save your environment, humans have a significant role. If they want to change something, then they can one step like Earth Hour from 8.30 pm to 9.30 pm. it is an initiative to encourage you and inner strength.

For the first time, Earth Hour was a movement. Earth Hour is Organised by the World Wide Fund. The main idea for inviting the event was to encourage people to save energy by turning off unnecessary lights and other electrical appliances for at least an hour.

The day came annually and held on the last Saturday of March. Earth Hour Day is like a commitment to the planet to its security. It first started in Sydney, Australia in the year 2007 and continues till today. The famous Earth Hour Slogan is Go More Green and this completely describe what our planet tries to say us.

People with this day feel encouraged to save their earth. However, many people have even discouraged this movement to have security for women. It s because, in the dark, women are not safe to move around. It was to save them from sexual harassment.

Earth hour day is an action that symbolizes to reduce unnecessary energy consumption. It has encouraged many individuals and can even act as a real solution to save the environment.

It is in our hands to protect the environment. It is like a commitment to bring a change in the minds of people in one hour. Many people and other countries have joined hands together to build an inner strength among others for environmental safety.

The major difference between Earth Hour and Earth Day

However, on Earth Day, we feel encouraged to save our environment. Earth Day is fixed on 22 April every year while Earth Hour Day is on last Saturday of March.

World Ozone Day- What Is It, and Importance of the Ozone Layer

What are the Barriers of Communication and How to Overcome?