This world is full of talented people. In some cases, talent is by birth, and then some people work hard day and night to become experts in that one thing and start knowing about their talent.

India also has a lot of talented people. And it is not that you must be born in a rich family in order to be talented or to learn a skill. So today let me clear this thing, talent does not appeal to anyone’s caste, category, rich or poor.

Any person can be an expert in any field if he learns skills with full dedication and full execution.

He is a person who cuts the hair of people by keeping the scissor in his mouth. Let us open his life pages today and tell his story.

Let’s see how it is started

What do you think Ansar Ahmed became India’s Only Mouth-Barber over a night? If you are thinking like this then apply a little full stop to your thinking and read it carefully which I am going to write next.

Ansar Ahmed, like a regular barber, used to cut the hair of clients in his shop every day. And he was also earning well. But in 2001, he had an accident and one of his hands suffered an injury.

Cutting hair was his one and only source of income but now that is no more. He started to be thinking that if he does not have any hand then how he can do his barbaric work. After thinking for a long time, an idea came to his mind that why not put scissors in the mouth and cut the hair.

Then he started his practice. He got a lot of problems starting. It took him 3 years to learn this particular art. But now he specializes in this art.No one can tell whether the hair is cut by hand or by mouth. It takes 15-20 minutes to cut a client’s hair.

The journey of from ordinary barber to a superhero mouth barber 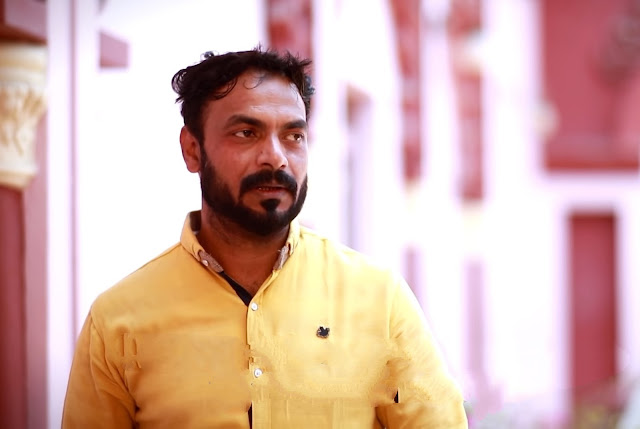 You all know Spiderman, Iron Man and you want to become like him. But whatever power they have, it has not come with any skill or hard work. The superhero I am talking about was also an ordinary barber earlier.

When his hand was injured, he tried to cut the hair by putting the scissor in the mouth. 2,3 years he learned this art for 2-3 years very dedicatedly and became an expert in it.

Now you must be wondering what is the superhero thing in it. So wait, we are going to tell the same thing.

Once a child in his community had blood cancer. His father used to run a small shop and the treatment cost was 6 lakh rupees, which was a huge amount for a shop owner.

Ansar Ahmed then decided to help him. So one day he announced that he would cut the hair of this kid and we need to raise funds for his treatment.

He also mentioned that he would cut his hair by putting scissors in his mouth. He will cut his hair without eating 24 hours and until the fund is raised, he will cut hair for free.

But he did not even cut hair for 24 hours. In just 20 hours, he collected 6 lakh rupees. Then he decided that he would cut hair like this for charity purposes. After that, he became quite famous. Now just for charity, he cuts his hair with scissors in his mouth.

Have you ever thought, what would it feel like to put scissors in your mouth? If I think, then I get goosebumps. It is also very important for your gums to be strong to use scissors by mouth. Not everyone can do this job. Along with practice, you have to take care of the health of your teeth as well. This journey is not as easy as it looks.

How can you find India’s Only Mouth- barber in Varanasi?

Ansar Ahmed, the hairdresser shop in Varanasi is quite popular. His shop name is “Liberty Hair Dresser”. This shop is in the Jagatganj area of Varanasi. But if you are thinking of getting a hair cut from him, then you have to get an appointment first.

He is so expert in his work that there is a queue of clients to get a haircut from him. It is so amazing how a small incident can change your life.

This fame Ansar Ahmad has earned himself, it is not given by his father or grandfather. He is a self-made man. We should respect for such people.

How did Ansar Ahmed want to change the lives of physically challenged people?

When he was hurt on the arm and was unable to do anything. That moment will be the worst moment of his life. Then he felt the pain of physically handicapped and visually impaired and his soul trembled thinking how they had to struggle even for time bread.

Now he has become famous and started earning good, then he wants to open a haircut training center for people physically challenged and visually impaired in the future. So that they can also start earning and can support themselves.

They will not have to be dependent on anyone. They can live your life in your own terms. He has started this work on a small level. He trains physically disabled children of his village. It’s really superheroic work.

We all heard the stories of superheroes and they are liked by all. Think about that moment when everyone is reading or listening to your story, and thinking about becoming like you. What an amazing feeling it will be.

You will get Inspire to do more good work. You must also have heard that we are the heroes of our own story. Whatever work we do, we will be known only by it, so why not decide to do some good work from today and become someone’s superhero.

If you are ever going to visit Varanasi, do not forget to meet the “India’s Only Mouth-Barber” along with the Ganges Ghat of Varanasi and Varanasi pan. Ansar Ahmed is a real example of humanity on this earth.