India, a Land of wonders always thrills the enthusiasts with its vast diversity of cultures, traditions, history, archaeological facts, and mind-boggling landscapes. Some find it amusing and exciting, while others wish to explore its mysterious side. It is always a pleasure to know about this fascinating country where every moment you can unfold a new mystery and fall in love with it.

So, let’s began by learning the beautiful facts about India that would curb your curiosity!

One word for India is ‘Incredible’! It is a marvelous land that puts forth you towards the omg facts about India. Did you know that ages back India was an island and also a part of Antarctica?

Almost 50 million years ago, it entered the Asian continental and plate, and after that Himalayas came into existence! Isn’t it brain scratching? Keep reading for 50 more such unknown facts about India.

2. Indian stands in the 2nd position in terms of population– Due to the widely scattered demographics of this country, India holds the second position for a large population base. In the year 2020, the population count was almost 1.2 billion people while China is the first with a 1.4 billion population. But India is heading to secure the top position by the year 2024.

3. 7th Biggest country in the world– Moving further with the facts about India, the country’s total is 3.287 million km². This gives it a position in the top 10 largest countries of the world.

5. Bengal Tiger is India’s national symbol– Amongst the top 10 facts about India is the one that states Bengal Tiger, the pride of India also stands tall in its national symbol. However, the government is making efforts to protect this endangered species under the Bengal Tiger conservation project. They are gradually increasing from 1,800 tigers in the year 2010 to almost 3,000 in 2018.

6. India comprises of 2nd largest English-speaking nation in the world- There are almost 125 million speakers which is around 10% of the total population. And it is at the second rank to the USA where there are more than 300 million English speakers.

8. Indian got independence in 1947 from Britain– India followed the British rule from the year 1858- 1947. Before British rule, India was under the rule of the Mughal empire for almost 300 years.

9. Freddie Mercury belonged to Indian origin– Next in the queue of amazing facts about India is that the rock star Freddie Mercury was of Parsi origin. His original name was Farrokh Bulsara.

10. Surprising and omg facts about India also suggest that almost 70% of the spices worldwide come from Indian origin.

11. India is also a very big import of arms and ammunitions– The majority of India’s expenses belong to defence as it always counters with the arch-rivals like China and Pakistan.

12. India owns the second most extensive military base globally, with almost 1.39 million troops that are always active.

13. Some facts about India also explain that at the time of World War 2, India volunteered the largest army in the world.

14. Chess, a game of brilliance and mind was invented in INDIA. It is the oldest game that came into existence since the 6th century AD.

15. Moving on to the amazing facts about India, it is the biggest producer of milk. It also overtakes the milk production in the European Union and crosses 132.4 million tonnes in 2014.

16. Another fun fact about India explains that the Children’s Day celebration starts on November 14th, which is exactly after 9 months of Valentines’ Day. Isn’t it funny?

17. Despite India being a country of Hindu origin, it has over 300,000 mosques which are relatively higher than any other Islamic nation in the world. Such unknown facts about India increase the excitement of readers to know more about it.

18. Largest number of vegetarians in this world belongs to India. For exact knowledge, almost 20-40% of the Indian population is completely vegetarian. It is mainly due to the religious factor as Jainism and Hinduism prompt people to become vegetarians.

19. Snakes and Ladders game begun in India– Original motto of this game invention in India was to educate kids about karma and morals. Later on, it got a commercialized touch and slowly got converted into the board game.

20. Next unknown facts about India are about the holiest city of India, Varanasi. It is amongst the oldest place where people reside in India and has a glorious history of over 5000 years. As per the beliefs of Indian Mythology, the almighty Lord Shiva discovered this serene place around 5000 years back. 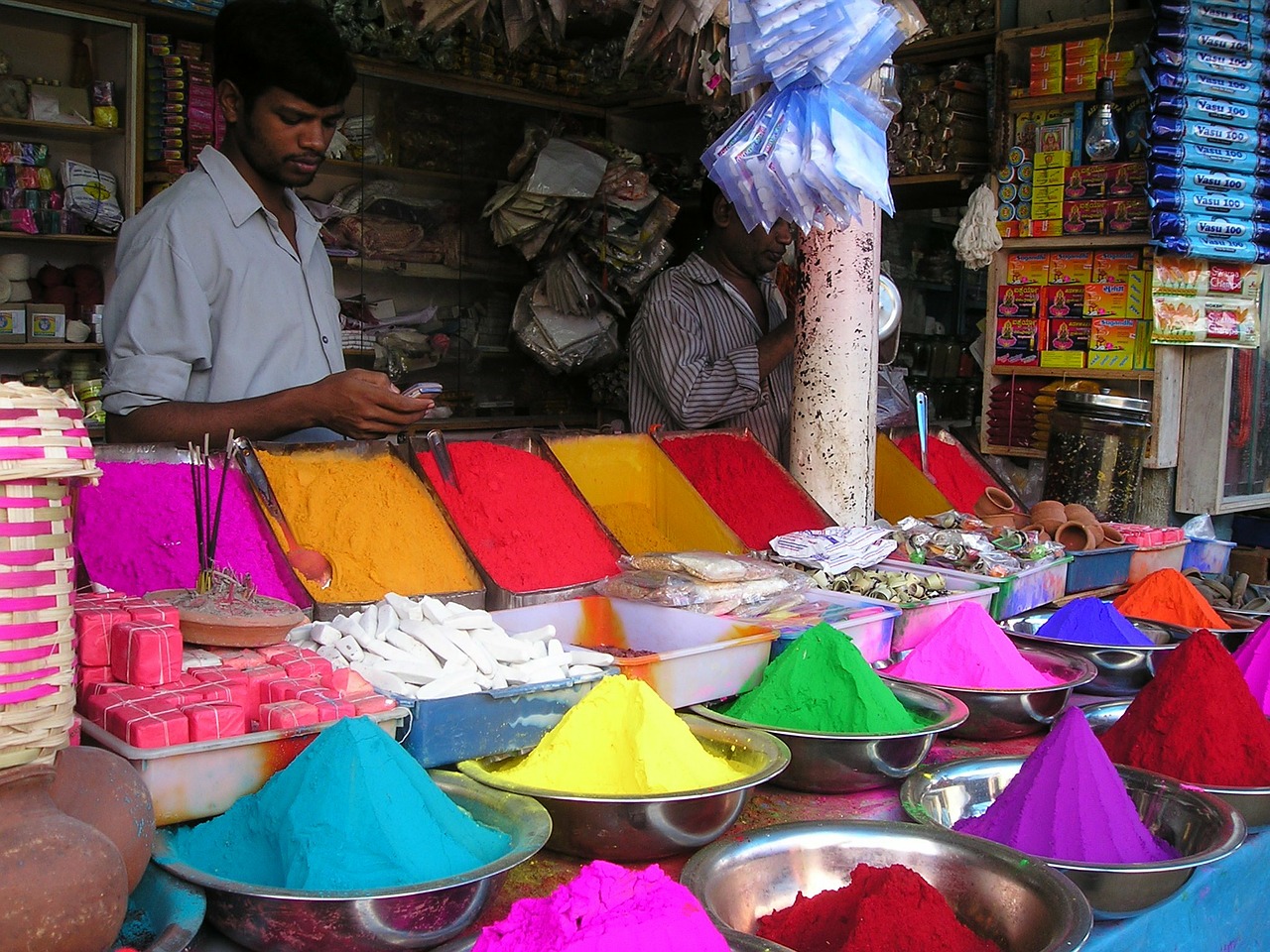 21. Only in India, the total number of people is higher than the entire population residing in the Earth’s Western Hemisphere.

23. If you are in the West Bengal region of India, you need to present the Photo ID card of the cows.

24. In the year 2017, a hidden tunnel at the India-Pakistan border for cow-smuggling got discovered.

25. Racing behind the UK and the United States countries, India also secures the third position in terms of making and claiming records in the Guinness Book of Records.

26. Indian delicacies are so famous worldwide that London has more Indian restaurants than those in Delhi or Mumbai.

27. First President of India, Dr. Rajendra Prasad only 50% of his total salary as he refrained from taking the full amount. Among the top omg facts about India, he brought home only 25% of the total salary amount while ending his presidency.

28. Some facts about India also state that just 3% of the overall Indian Citizens make payment of income taxes.

29. Foreigners are not allowed to carry Indian currency (Rupees) from India. It is illegal and considered a significant offense.

30. Do you know that there’s a small village in India known as the wettest region on earth. As this village is in close vicinity of Bay of Bengal and Mawsynram in the Meghalaya state, it records an annual rainfall of 11,873 millimeters.

31. Facts about India that can amuse you and are thoroughly hilarious include the following. The largest family in the world lives in India along with almost 39 wives and their 94 children. It is unbelievable yet very accurate!

32. A spectacular hill in India is world-famous due to its nature of defying gravity. Another strange phenomenon also signifies that drivers park the cars and put them on a neutral node. It then automatically starts rolling off against gravity. This hill is situated on the Tulsi Shyam road in Gujarat state.

33. There is a vast lake in India that came into existence with a Meteor’s help. It is amongst the unknown facts about India and stays as a secret to many people. The Lonar Lake in the Maharashtra state came into existence with a meteor’s help plummeting in it. And the striking aspect is this lake is almost 52,000 years old. On your next visit, do visit Lonar Sarovar lake in Maharashtra.

34. Indian Railway is also famous as the biggest rail network in entire Asia and the world. The average number of people who travel through Indian trains daily is equivalent to Australia’s total population. This can help you to understand its importance for sure. There are 7,172 railway stations here that help over 23 million commuters to travel through 12,617 trains regularly.

10 facts about India that make it a perfect holiday destination!

35. India is the only place in the world that offers an exclusive spa only for elephants. At the Punnathoor Cotta Elephant Yard rejuvenation center in Kerela, the elephants can enjoy massages, foods, and even get baths. It means they can also rejuvenate themselves after challenging tasks.

36. Facts about India in Hindi states that the Taj Mahal situated in Agra, India is also the most popular spot in this work. Also, it ranks at the top of the queue for Seven Wonders of the World.

37. Tea known as ‘Chai’ in India is its national beverage or drink. Its refreshing taste emerges from the chai Masala that comprises spices, tea leaves that freshens up your mind. Anyone planning a visit to India must try this tempting drink in India.

38. In the Ladakh Valley of India, there is a Bailey Bridge known for its great height. It is very popular as the highest bridge on the earth.

39. The interesting facts about India also state that India has the first floating post office globally, and it got inaugurated in the year 2011.

40. Next fantastic thing to know about India is that the Golden Temple of Amritsar shares food to almost 100,000 people regularly. It is the only temple to offer food for such a vast amount of people irrespective of their religion, class, race, or caste on an everyday basis. Golden Temple is a holy place for Sikhism in Amritsar where thousands of devotees visit every day.

41. India hosts the largest festival or Mela in the world known as ‘Kumbh Mela’. And the gathering over here is huge so that you can view the crowd even through the outer spaces.

42. Next is the list of facts about India: an experimental township in India known as the ‘Auroville’. Here, citizens worldwide can pay a visit, and they do not even need religion or money for it.

43. River Ganges or ‘Ganga’ is known as the holiest river on the earth. Over 1 billion Hindus in India worship the river Ganga every day. It extends to almost 2,525 Km towards the northern range of the Himalayas and moves to the Bay of Bengal.

It is a source of life for the millions of people who reside along the Ganges river banks as it offers them livelihoods. Popular professions here are agriculture, industry, and fishing activities. People also consider it a sacred river that travels to heaven and taking a dip or offering prayers here can purify the person’s soul.

44. Himalaya mountains are amongst the 9 out of 10 highest peaks in the world. It is widely scattered in India’s northern region and is known as the highest peak after the spectacular Mt.Everest, which stands tall at 8,848 meters.

45. Next in the list of unknown facts about India is that the food here is famous worldwide. Indian cuisine and dishes are the favorites of people from the UK and many other countries. However, for authentic food flavors, you must visit India.

46. In the year 2016, India moved towards the green revolution and planted almost 50 million trees only on Monday, July 11th. This helped in setting a new Guinness world record altogether.

47. Omg facts about India say that the nation produces and releases the highest number of movies each year. Bollywood is the lifeblood of the entire Hindi Film Industry.

48. Know more about facts about India with its colorful celebrations and festivals. It makes people happy with its highly energetic and vibrant celebrations every year. What’s exciting about the festival here is every celebration represents a religion or the dynasty and sprawling fun of colors. Ganesh Chaturthi and Diwali are amongst the most celebrated festivals of this country.

49. India has the biggest cricket ground in the world located in the Chail, Himachal Pradesh. It was built in the year 1893 by leveling the hilltop along with the cricket pitch situated at almost 2444 meters above sea level.

50. Ayurveda, the earliest medicine school ever came into existence in India. Charaka, the father of medicine, consolidated the concept of Ayurveda almost 2500 years back.

Now you know the interesting facts about India that stuns and amazes you with its glorious past and fascinating history. Keep reading our posts for more facts about India in Hindi and some relevant omg facts. India is a big world that constitutes several races, religions, castes, and cultures from several backgrounds. All these facts can surely bring you closer to the marvels of ‘Incredible’ India!